So how many times have you gotten some great footage with your iPhone, and you know it could be a lot more smoother? And what if you’re not at your desk, so you can’t use your’s NLE’s Stabilizer to do it? Well, there’s an app for that. Say hello to Emulsio.

Created by Creaceed, Emulsio promises state of the art video image stabilization directly from your iOS device, not only from the app itself, but also directly from within the iOS Photos app (something I thought wasn’t possible since Apple usually sandboxes things). 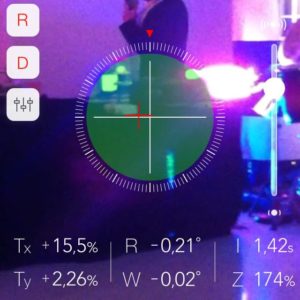 The Video stabilization data is also preserved across editing sessions, so once you get back to the edit bay, you can continue to fine tune it without destroying the original video quality or wait for the video analysis to process a second time. The app also supports multi tasking, HEVC file handling (in/out/import) preview videos form the import list, and drag and drop of third party videos shot in H.264 taken from cameras like a GoPro or Drone. 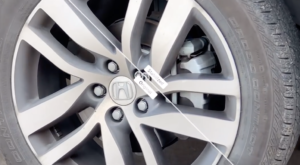 Once the video data has been analyzed by Emulsio, users can dial it in even further thank to precision controls for compensating for horizontal, vertical, and camera rotation motion. There’s even a rolling shutter distortion fixer available.

You can also choose one of three stabilizer preset profiles, including standard, vibration and cinematic. There are also edit and trim features so you can focus on only the portion of the overall clip that needs stabilizing. Users can also view a before and after live comparison.

Emulsio is available as a free download from the iOS App Store and supports 1080p video shot at up to 240 fps from iPhones (iPhone 6 or above) and the iPad Air. However, there is a Pro Pack available as an in-app purchase for $7.99, in which mobile filmmakers can unlock 4K video support, improved rolling shutter correction, third party sensor calibration, and removal of the watermark. And the best thing is, you only have to buy it once.

Users can also use the features Emulsio from their Mac Desktop through the desktop app Elasty. Elastic as offers motion tracking, special effects, retiming, and more. Sadly though, it’s not listed on Creaceed’s website. But version 2.0.4 is still available through MacUpdate.

By James DeRuvo In episode 2 of doddleCONVERSATIONS. I sit down with FiLMiC Pro’s Neill Barham to talk about the app’s roots, and it’s impact on mobile filmmaking. Listen here – And don’t forget download […]