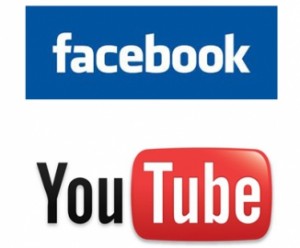 Facebook has a plan to kill YouTube, and it involves a death by a thousand cuts. OK, maybe not kill it, per se. With over a billion YouTube members worldwide, they’d have to fight a protracted war for years to actually cause the video portal to close its doors.

“A lot of [our partners] have said this will be a big motivation to start publishing a lot more video content to Facebook. That’s exactly what we’re hoping for.” – ,” Dan Rose, Facebook’s VP of partnerships to Re/code

Facebook has begun its new revenue sharing model with heavy hitters like the NBA, Fox Sports, and comedy portal Funny or Die. The split is similar to the split that YouTube offers from the outset, which is a 55/45 breakdown, with the lion’s share going to the content creator. The split comes from ads inserted in videos and will begin streaming this fall.

Why would content creators jump ship? Well, first and foremost is that Facebook has a lot of eyeballs. It’s the largest social media site in the world and chances are, most YouTubers already have a Facebook account. So moving audience is a painless affair. Also, Facebook, for good or bad, will feature videos in people’s streams, rather than relying on subscriptions.

Yeah, I’m not OK with that. The last thing I want is to have my feed cluttered with content that I’m really not interested in. If I follow the creator’s page, then hey, all bets are off. But if Facebook plans to insert content into people’s feeds without their consent, that’s just going to be yet another hassle and hoop users have to deal with in order to maintain a clean feed, and keep their privacy.

Also, Facebook has a nasty habit of autoplaying videos, and with more people accessing social media via mobile phones, you can bet their data usage is going to spike.  And the Ads will be autoplay, according to Re/Code, and that’s going to be a huge problem.

With the political season about to fire on all eight cylinders, can you imagine how annoying our feeds are going to get with ads from candidates, political action committees, and other interested political parties?

Facebook has adjusted its feed algorithm to auto play suggested videos in it’s news feed and it has increased its video views four fold. This Fall, it plans to test its new video initiative to shake out the details of just how much autoplay of suggested videos is too much before users get turned off. This will help to determine a baseline with which to charge ad rates on a per-impression basis.

The “impression” or view, will be how many videos are being watched after the first 10 seconds of preroll. With this data, Facebook will be able to determine just how much they can charge advertisers and then share that revenue with their content creators. The test will last through the fall, and Facebook will offer advertisers “bonus impressions” during the test period.