Shoots in burst mode to take advantage of 50 Megapixel Sensor

While RED has been turning heads with their 8K WEAPON update, it turns out that even Canon didn’t know they had an 8K camera with the Canon 5DS. But one filmmaker knew, and he’s released a breathtaking video to show off his technique for making science fiction of Nolan-ian proportions. 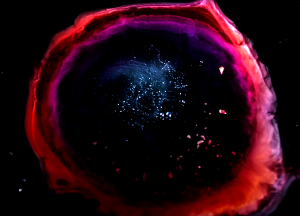 Working on an IMAX film called “Creating the Cosmos,” PBS Digital Studios film savant Joey Shanks has been experimenting with creating outer space scenes in his garage. Yes, that’s right, his garage. Shanks has been on a Nolan space epic kick ever since he saw Interstellar, and he’s been devoting the last few episodes of his ShanksFX series on YouTube to replicating the effects from the film. And he comes pretty darn close with some dust, milk, and the right lighting.

But when you’re charged with creating stunning cosmic special effects for an IMAX film in camera, well, you have to up your game. Shanks isn’t the kind to punt and go rent a RED for a weekend. No, he takes the long way around and sees if he can do it with something he already has, and in this case, it was the Canon 5DS with it’s 50MP sensor. 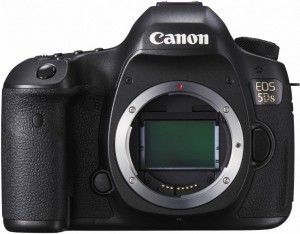 Now we’ve expressed our disappointment that Canon had hobbled the 5DS by limiting its ability to shoot only in 1080p video, convinced that 4K was easily within it’s reach. But I had no idea that shooting in 8K could actually work (I suppose I could’ve done the math though). How did Shanks pull this off?

“We shot image sequences with the “high speed continuous mode” on which allowed us to capture at around 2-4 frames per second, Shanks writes on his YouTube post. “We then brought images it into After Effects, turned them into 24fps image sequences. The 8K compressed video was around 14GB in size.”

WOW. That’s ridiculous. How do you edit together a 14GB 8K file? Shanks explains that by using a Quicktime proxy file in 720p, he was able to cut everything together than bring it all back into After Effects for the final render.  And even then, Shanks said he had to scale down the source footage to 89% just to get the right aspect ratio of 7680 X 4320. But the results are simply stunning:

Pity it’s lost on YouTube’s compression schemes. Anyway, while you’re not going to shoot 8K with the 5DS in live action, at least not without some serious digital jujitsu by Magic Lantern (and no, they haven’t unlocked that yet), you can use the 5DS in a very narrow application to see just what this next generation Canon DSLR could actually accomplish… if Canon would only let it.