Mobile Filmmaking is really hitting it’s stride, with more filmmakers like Steven Soderbergh opting to use the mobile device for shooting their next big feature. But if you’re shooting in 4K, how can you take your daily caller and make enough room for the image data?  Here’s a few ideas … 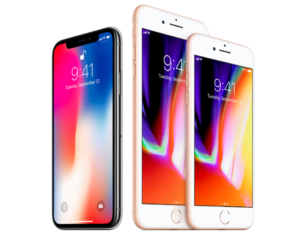 Upgrade. Yeah I know, this one is kind of a cheat. But if you’ve been considering upgrading your iPhone to the next generation, you may want to double your carrying capacity. Both the iPhone X and the iPhone 8 Plus currently offer 64GB and 256GB storage options. Clearly, if you’re in the market to upgrade, then the 256GB option is where you want to fix your gaze.  This also provides an additional benefit of being a significantly faster since there’s more physical NAND memory to write to. This was confirmed in the iPhone 7, and I don’t see any reason to believe that the same holds true now. The iPhone 8 plus may be faster than the previous model, but the benefit of having more memory will be apparent, especially when recording in 4K.

Your other option is to go Android. Now I know, that can be anathema for many purist mobile filmmakers, but FiLMiC Pro now has an Android version, and the benefit of shooting on Android is that most models come with an additional microSD card slot with which to save your memory to.  And the deeper RED dives into the Android platform with Hydrogen, the larger the cache of filmmaking apps are going to be developed.

And while Apple doesn’t offer a microSD card slot, SanDisk offers a great device called the iExpand Mini flash drive. This device plugs directly into your iPhone’s lightning port and with their app, you can move all your photos and videos to the flash drive. You’re going to want to use that too save on file transfers when you’re shooting. It’s fantastic. There may be an issue, however, coming up in iOS 12.  Apple is going to put a security feature in the OS that will disable the lightning port for data transfer if the device isn’t re-authorized from time to time. It’s a security feature and I hope for all mobile filmmaker’s sake, they give you the option of disabling it.

Spring Cleaning. But if getting a new phone isn’t an option, then it’s time to make some room.  First, backup your iPhone using iTunes on your computer. You may have it set to automatically backup via WiFi, but I also like to plug it in every once in awhile just to get all the data completely moved over.

Then, take an inventory of any unused apps on your phone. You can either remove them right there, or, you can go into your app settings under “General” and look for “iPhone Storage.” When you click on the option, you get a really nice color graphic that shows just how much space is being used by your apps. It will also tell you when was the last time your app was being used. And remember, just because you take an app off now, doesn’t mean you can reinstall it later. I swap out apps all the time when not in use.Now before you delete an app, make sure that any data you have has been backed up. I deleted an app for a handheld gimbal stabilizer, forgetting to save the video I shot using it. I get why Apple sandboxes each app to keep the OS safe, but really, that shouldn’t apply to video or photos. And yet, it does.

Or, if you don’t want to offload your photos and videos, at least choose the option of “optimize photo storage.” What this will do is upload all your original photos and videos to iCloud, and then replace them with downscaled versions that are fine for sharing on a mobile device. You’ll get a lot of room freed up in the process. But be warned, if you delete anything, it will also delete the original in the Cloud. That’s why I have at least 3 apps on my phone that backs up photos and videos. Because one backup isn’t a backup at all, especially when you delete data from your phone. If your’re an Amazon Prime member, you have unlimited photo and video storage. You can get 1TB for free from Flickr (for now), and you get unlimited hi res storage from Google Photos. That’ll do ya.

Why be normal? If you’re accustomed shooting your still images in HDR, there is an option to keep your normal photos. That means you have two copies of everything. If you don’t need a pre-HDR version of your stills, just turn it off. It’s in the camera settings.

Get rid of old messages. While you’re Spring cleaning, you may be shocked to discover just how much room all your instant messages are taking up, especially if you’re used to sending cute animated GIFs and other photos. It’s not uncommon for them to be over a GB. You can backup all your messages in iTunes, by connecting your phone and syncing. But after that, go into “Documents and Data” and delete them. They are listed under “conversations.” This is also another place you can get rid of all your other data, including videos and music.

Get rid of your music. Yeah, I know, you want to listen to your favorite jams, but you can always stream them from the cloud using Apple Music. And if you’re an iTunes Match user, then you are aware that Apple replaces all MP3s with 256k AAC copies, so your music is even better. So there’s no reason to have them on your phone, especially when you’re shooting a project. You can remove it from either the Apple Music settings, or in the phone storage settings discussed above.

BTW the same is true with your movies that you have saved to your phone for those long trips. And they will take up a hell of a lot more room. But Apple doesn’t have a movie feature for iTunes Match, so make sure you save your movies to iCloud. To delete them, go into your Apple Music app under the “Downloaded” section of your Library. Look for the videos you don’t want on your device, and tap on the word “Downloaded,” then “Remove Download.”

By doing a little Spring cleaning as part of your preproduction rituals, you can be sure your mobile phone is ready for filming. And you’ll spend a lot less time transferring, when you should be recording the action.

The halls of the Las Vegas Convention Center are now empty, and everyone has flown back home. After a few days of decompressing, it’s time to take a look at what was the best of […]