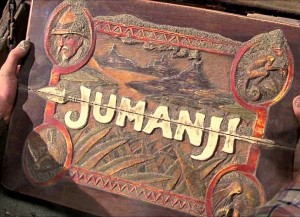 Hollywood has been going full tilt with sequels to movies from decades past. Next up will be a sequel to the Robin Williams classic Jumanji starring Dwayne Johnson, Kevin Hart, Jack Black, and Karen Gillan.

Filming has just begun and we got our first look at the cast from an image Hart posted to Instagram. Check out the lead actors in the image below! 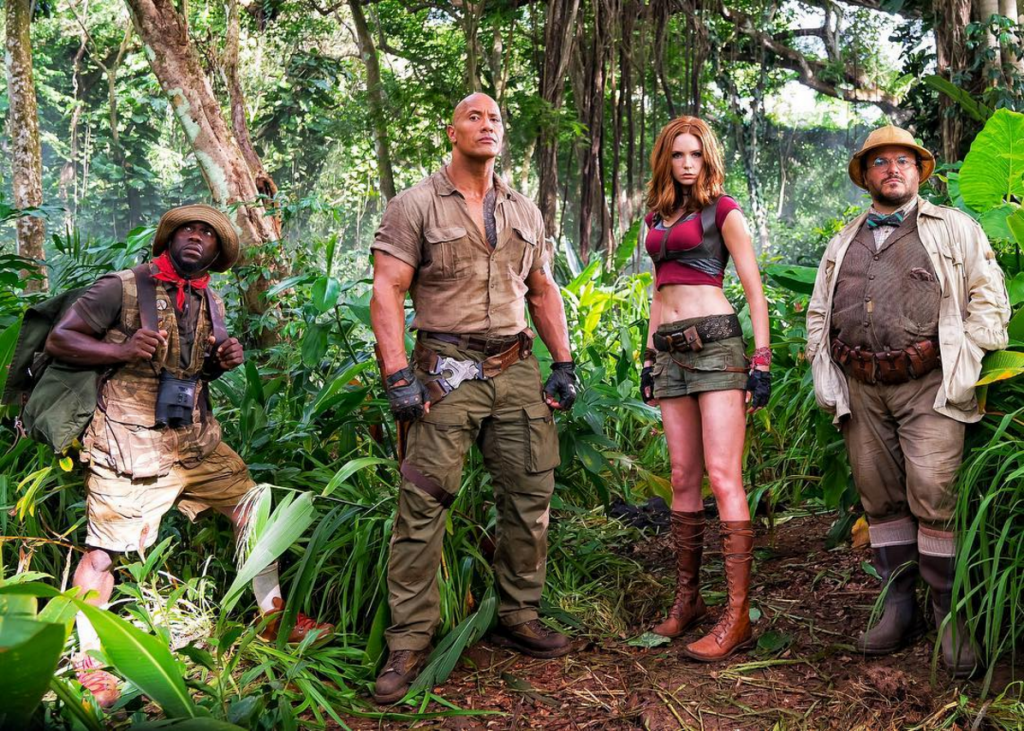 Day 1 of shooting “Jumanji” is officially in the can. We had a amazing first day. The chemistry & energy of our cast & crew was beyond amazing!!!! This movie is going to be dope as hell….Can’t wait to get back to work tomorrow.

As soon as that image hit the internet there were a few comments made about Gillan’s clothing (or, specifically the lack there-of). Johnson soon posted a higher quality image on Instagram (which is what we’ve posted above) and quickly promised that her wardrobe would make sense in the confines of the film. He also provided some character names as well:

Hard workin’ and FUN first day of shooting in the jungle with this talented and crazy motley crew. Jack is brilliant, Karen is bad assery, Kevin is sharply hilarious and I smell good.

Extremely hard trying to keep a straight face in these scenes. Too funny. We’re makin’ a good one. More to come..

Possible spoilers for Jumanji 2 below!

I’m starting to wrap my head around what the plot of this film would be like. Because of the adult casting for the film I assumed that this sequel would tackle adult gaming but now I’m pretty sure this isn’t the case. With character names like Moose Finbar, Ruby Roundhouse, and Dr. Smolder Bravestone you know that these are the names of characters from the board game. Further, the first look at Johnson in his Bravestone costume revealed another name for the character with Spencer.

At this point it’s all but certain that the plot involves four children who discover the game. On one of their first moves the board game will change them into cliched jungle explorer characters and bring them into the jungle — somewhat in the same way Robin Williams’ Alan Parrish did in the first movie.