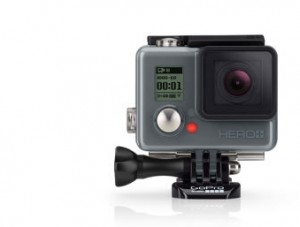 GoPro has been spending a lot of time around the entry level as of late and today, they announced an upgraded version of their entry level camera known as the HERO+. Priced at under $200, the HERO+ adds bluetooth and WiFi support through the GoPro App, as well as boosting 1080p recording to 60 frames per second. And responding to customer concerned about the price of the new HERO4 Session, GoPro has dropped its price to under $300.

“Whether mounted to a weather balloon floating 100,000 feet above the earth to capture a sunrise across the stratosphere or in the hands of a child recording their backyard tree house adventures, HERO+ is built to capture your imagination wherever it takes you,” said Nicholas Woodman, GoPro’s founder and CEO. “Even as we continue to raise the bar for our highest performing cameras like HERO4 Black, Silver and Session, we remain committed to developing simplified products like HERO+ that make GoPro life-capture accessible to everyone.” – GoPro Rounds out 2015 Lineup Press Release

Calling the HERO+ the camera that “rounds out” the 2015 line of GoPro products, GoPro has updated the entry level $199 action camera to double the frame rate for better slow motion capture without losing the ability to record in full 1080pHD.

Additionally, the Hero+ adds Time Lapse and Burt mode for still image photos, as well as the ability to control the Hero+ via WiFi and bluetooth through the GoPro App, which opens up the ability to use the app’s “trim and share” features to get your videos up to social media a lot faster.

GoPro has moved to lower the price of the Hero 4 Session to $299. When it was launched earlier this year, action geeks were excited about it’s tiny, cube shaped design, and how you could put it in places that even most Hero4 and Hero3 cameras couldn’t go. It also had the benefit of having it’s waterproof housing built into it, so users didn’t have to bring along an extra piece of gear. You just stuck it in your mount and go diving or surfing without fear of being exposed to the water.

The downside of this design, however, was that the Hero 4 Session couldn’t change batteries, which left recording to to around an hour before it needed to be recharged. Additionally, the design also meant doing away with any buttons to adjust the camera’s settings and record features, leaving it instead to the WiFi App and an automatic record capability when you turn it on.

Not a bad sacrifice for it’s compact options, but there was one significant issue … users have complained that the image quality of the Hero4 Session was a significant step downwards from its big brother, the 4K-capable Hero4 Black. But having the price remain on par with the Black edition prompted users to balk at the new camera, since they felt they were getting less on the screen for the same price, even though the Session could be put just about anywhere the Hero4 Black couldn’t.

So GoPro responded to these concerns by dropping the price of the Hero4 Session to a more manageable price point that puts it at the same level as the Hero 4 Silver, and I’m OK with that. I thought it was a tad overpriced to be equal with the Hero4 Black, but the Silver model has a lower priced because it has different features and the same can be true with the Session.

Granted, that doesn’t address the issue of image quality, but hopefully that’ll improve with the next version of the Session. The good news here is that GoPro has beefed up the entry level Hero model and kept the price the same, so entry level action geeks can get their proverbial feet wet.