The old adage in the computer world was that according to Moore’s Law, a computer processor would improve its performance exponentially, as transistors increase. Then, the processor hit a hard brick wall, and the last 10 years has shown only modest improvements thanks to multiple cores, even though the processor speed has remained relatively stagnant. The same could be said for the modern action camera, which looks to have reached its own apex. A plateau, if you will. Is there anything we can really get excited about when it comes to capturing extreme footage?

The overall picture quality of the Hero7 for instance doesn’t offer anything much over the previous version other than a few new frame rates and resolutions … it isn’t a slam dunk as to whether you should upgrade or not.There are of course a lot of alternatives out there … But the stark reality is that none of them really offer anything hugely different from one another. What could be done with them to make them a bit more of an attractive upgrade over what has gone before? – Simon Wyndham, RSN

Sure, prices have dropped, thanks to cheap knockoffs bleeding off market share at a bargain price, but that’s not what we’re talking about here. We’re talking about the state of the art in action cameras. Where is it, and where are we going? That’s the question posed by Simon Wyndham, over at RSN, who says that the 4K image from an action camera’s tiny sensor has become so refined, that you can’t really tell the difference between a GoPro, a Sony or any other brand camera of the same level. That’s a good thing, Wyndham argues, as it means a consistent image. 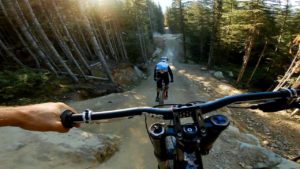 But with 4K, action cameras are stuck, as you can only stuff so many pixels in a small, 1″ sensor. GoPro has gotten around this a bit by adding additional memory, and that has bought them some cool effects like their new hypersmooth image stabilization. It really does give you a gimbal quality image without the need of additional hardware. That’s cool.

But let’s face it. That’s fins. And it may not be enough to lure Hero6 users to make the leap top the next level like they did with previous generations. It’s cool and sexy to be sure, but is it cool and sexy enough? That’s the argument.

It isn’t like 4K is passé. Not at all.  The you consider that TV stations are still broadcasting in 1080i and 720p, and Movie theaters aren’t going to upgrade their 4K projection systems any time soon, 4K is still the state of the art. But filmmakers are afflicted with gear acquisition syndrome. They want to latest thing. They want to look over the horizon and experiment. 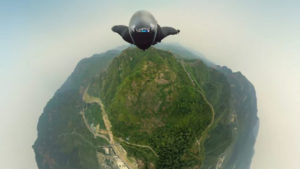 GoPro tried to feed that need with the Fusion 360 action camera and it’s very cool over capture capability. But to do that, it had to punch out a 2d clip in 1080p, even though the 360 camera can capture in 6K. That’s a bummer. And Fusion hasn’t really translated into market saturation in sales. Leaving it to be largely a niche 360 tool, which if you’re into that, why not?

So if you’re going to be stuck on this plateau, what can you as an action camera maker focus us? Well, Wyndham argues for improved battery life, 10 bit color through HEVC, waterproof sound, and ditching of the fish eye look.

But I think his other solution may be on to something. Dual cameras. Could GoPro make a move into computational photography to give action cameras depth of field? Now that would be something. 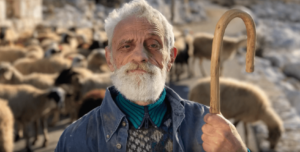 That’s what I’m hoping for. Apple has cracked it for still images with the iPhone, even with the single lens iPhone XR. So, I would imagine they are working on it for the next, logical step … video.

GoPro has already dipped its toes in computational photography with hypersmooth. So, if they can crack digital bokeh with the moving image, well, that’s when things are really going to be crazy.

By James DeRuvo (doddleNEWS) When Apple announced Portrait mode on the iPhone 7, I knew it was only a matter of time before that feature would eventually expand to video applications. Recently, Apple watchers noticed […]

by Larry Jordan One of the hottest cameras on the planet right now is the Blackmagic Pocket Cinema Camera 4K (PCC 4K) from Blackmagic Design. When the team at doddleNEWS asked me to review the […]