I love Pacific Rim and I’m not entirely sure why. The film isn’t the most sophisticated movies I’ve ever seen, and it borders on Michael Bay childishness. Yet, Guillermo del Toro was still able to bring the glee of watching giant robots and giant monsters fight each other. It really reminds me of when I was a kid and playing with toys.

The sequel Pacific Rim: Uprising is being helmed by Steven S. DeKnight, and stars John Boyega. I’m cautiously optimistic about it, but still in the dark regarding the plot. Principal photography has started, and we’ve been getting a few looks behind-the-scenes, but the big question is what will the new Jaegers look like this time around?

Fortunately, the latest issue of License! Global! (via Screen Rant) has given us our first look at three of the giant robots from Pacific Rim: Uprising. Check them out below: 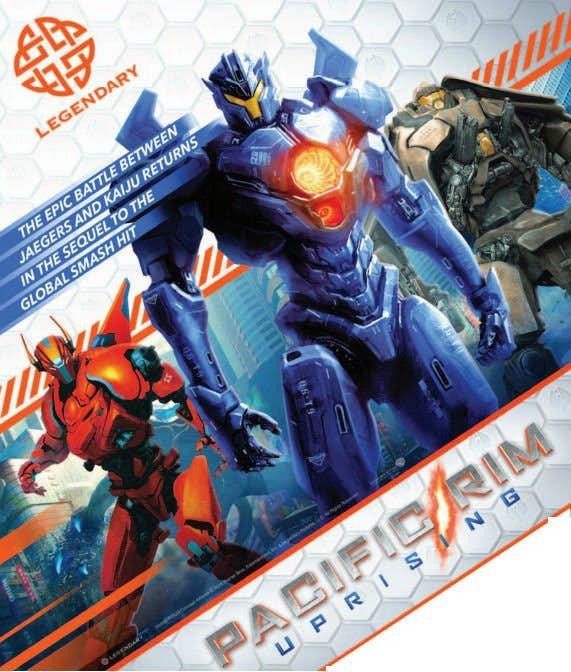 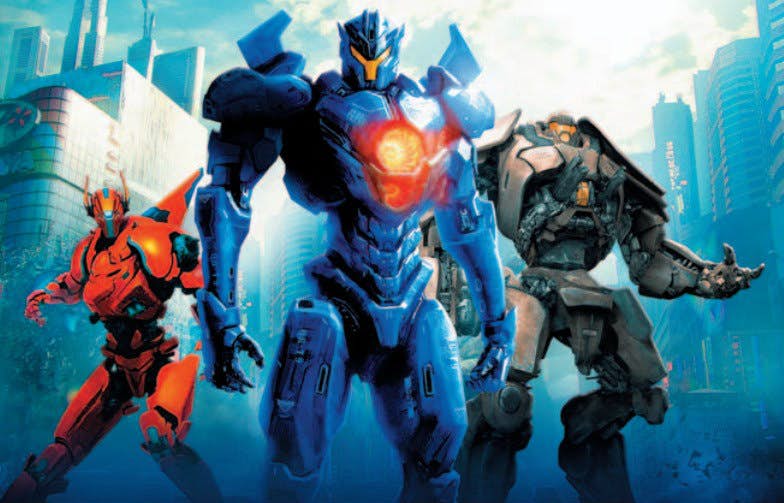 My first impression of these is that they seem to be much sleeker Jaegers than we’ve seen previously. While the first film was incredibly influenced by Japanese animes like Neon Genesis Evangelion and Gundam, they still retained a blockier design aesthetic. These new Jaegers feel closer to those influences.

It makes sense they would be sleeker, since Pacific Rim: Uprising is set an unspecified number of years after the first movie. As technology progresses, it seems to take on smoother lines. Just compare your current cellphone to something from a decade or two ago.

The other thing that pops out is the central blue Jaeger in those images. That central reactor in the chest looks might Gipsy Danger-ish. There have been rumors of a rebuilt or new version of that Jaeger in Pacific Rim: Uprising, and these images pretty much confirm it. It is unlikely to be a refit of the original since that one self-destructed in the first movie, so my guess is it’s Gipsy Danger MK II.

Even though the Gipsy Danger is the best known Jaeger from the first Pacific Rim, I can’t help but wonder if the giant mech on the right is one we should keep an eye on. Stacker Pentecost piloted a Japanese Jaeger called Coyote Tango (which he used to save Mako Mori). Some sources say that Jaeger was destroyed, while other reported it as just decommissioned.

The brown mech from that Pacific Rim: Uprising image seems to share some design similarities to Coyote Tango. Since this film will focus on Pentecost’s son Jake (Boyega), it seems to me that him piloting the old mech (which gave his father terminal cancer due to poor radiation shielding) makes more thematic sense. I doubt this will be the case, but it is what I would have done.

Pacific Rim: Uprising will premiere in theaters on February 23rd, 2018.