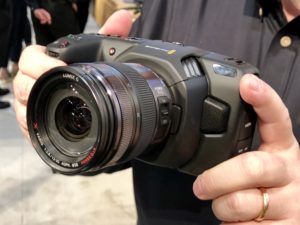 The Blackmagic Pocket Cinema Camera 4K may be the very first handheld camera that is designed to film on three different media storage options. It can write to CFast 2, SD, and to an external SSD drive. And it can even do it simultaneously. But if you’re going to be shooting on Blackmagic’s latest pocket 4K marvel, there’s some media that works better than others.

When it comes to recording, the Blackmagic Pocket Cinema Camera 4K gives you 3 kinds of media to choose from. Images can be recorded on to standard SD cards, faster UHS-II cards or CFast 2.0 cards. High definition video can be recorded using regular inexpensive SD cards. Higher performance UHS-II cards can be used for recording Ultra HD in ProRes at up to 60 frames per second and RAW at up to 30 frames per second. CFast cards can record 12-bit RAW at all supported frame rates. For longer recording times, you can also record directly to an external SSD or flash disk using the built in USB-C Expansion Port! Best of all, there’s nothing proprietary. – BlackmagicDesign.com

Depending on how you’re going to be recording your project, should greatly determine the media you’re going to be using. To that end, Blackmagic has tested the following media for speed, performance and reliability, and it has put out this official list of the best performing media: 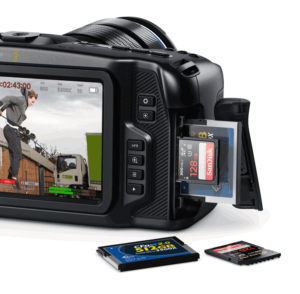 By James DeRuvo (doddleNEWS) 2014 was a life changing year for Ryan Thomas Anderson, as his Crash the Super Bowl commercial “Time Machine” took first prize. In addition to the $1 million prize, he also […]

Blackmagic’s Pocket Cinema Camera 4K is getting rave reviews, with some calling it the best entry level cinema camera on the market for under $1500. But there’s competition on the horizon from Chinese company Yongnuo, […]