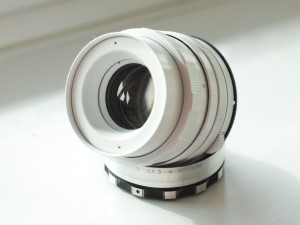 Anamorphic lenses. Who doesn’t want one? But the really good ones are way out of the budget of any frugal filmmaker. Sure, you can rent one, but for the cost of one day’s rental, you can now pick up your own anamorphic lens for your DSLR from a Russian lens manufacturer operating in the UK and selling them on eBay. But is it worth the risk?

This lens has been modified with a custom machined Anamorphic (oval) aperture. This is to mimic cinematic anamorphic depth of field. With the correct use, the images produced by this lens will be indistinguishable from the more expensive anamorphic lenses. The type of depth of field present in professional films. – eBay 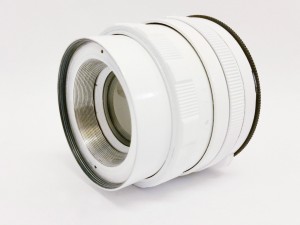 Helios lenses are extremely popular on eBay because they’re cheap and offer some pretty impressive bang for the buck. They are also very robust, especially the Helios 44-2, which rivals the Canon f1.8 Nifty Fifty in Bokeh and image quality. So when I heard that Helios was listing these anamorphic lenses on eBay, my mouth began to water. Is it too good to be true?

Well according to  eBay listing, the 58mm Anamorphic lens is “originally based on the Carl Zeiss lens formula.” The Helios lenses have been bought used, often in terrible condition, dismantled, and refurbished (though what’s up with painting them white?). They are vintage lenses to, which many cinematographers are going back to, because they have the kind of flaws that give character to an otherwise overly pristine digital image. 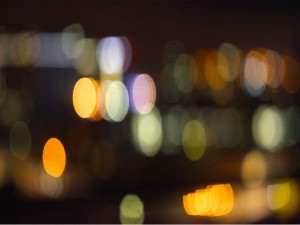 Benefits include no light loss, no vignetting, no need for additional lens adapters or clamps, and according to the listing, No anamorphic de-squeezing is required. Which begs the question, if you don’t need to resqueeze it, is it truly anamorphic? Well, let’s look at the video below for the lens test:

So how can they be so cheap? Well, being refurbished helps. But since the listing claims these lenses can’t take filters, they are being offered at a discount price. But there’s also a closeup of the front of the lens, and I do see some threading there, but even if you can’t, I say for that price, WHO CARES?! There plenty of ways to skin that cat.

The lenses are also machined in England, so you don’t have to worry about shipping from Russia itself. Sure, it’s still international, but it’s probably safer coming from the UK than deep inside a country that has some questionable bureaucracies governing the mail. And if you’re in the UK, then you’re golden.