From Atomos to Teradek to Seagate, day one of IBC 2018 was all about accessories to shoot and edit your project.Day one of IBC in Amsterdam is in full swing and a host of technology was revealed from the usual big names, looking to add further functionality to a camera by adding everything from wireless connection and control, to ethernet syncing, and larger hard drives for your edit bay.

The Teradek Bolt continues to expand it’s support for digital cameras, with a new all in one module for RED’s DSMC2 line of cameras. The Bolt will adhere form fitting onto the back of RED cameras, providing wireless connectivity in 500, 1000 and 3000 foot ranges with no latency.

RED users can also add additional modules to the Bolt mounted array, including the DSMC2 Base and Battery expanders. Teradek has also made the Bolt DSMC2 compatible with all other Bolt products and can interface with SmallHDs 703 Bolt, Bolt 10K and Bolt Sidekick.

Speaking of add-on modules, with the ATOMOS Ninja V External monitor recorder coming with the ability to add on additional expansion modules, the company announced this week at IBC the Ninja V AtomX Expansion port with bi-directional communication and I/O of video, audio and also power. 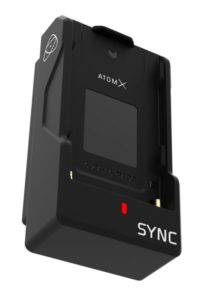 Through the expansion card slot, Atomos users can the AtomX Ethernet/NDI card slot for adding ethernet control, or the AtomX Sync card for Bluetooth control and wireless sync.

Additionally, Atomos announced a partnership with NewTek, which will read the AtomX Ethernet/NDI card as a separate node on the Newtek NDI network, and AtomX sync will be supported natively with AVID and DaVinci Resolve editing systems.

No word on shipping, but prices for the AtomX Ethernet/NDI will be $199 and the AtomX Sync will be $149. 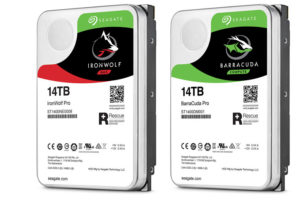 Not necessarily IBC related, but from a post production point of view, I thought it was pretty noteworthy. Seagate has added 14TB storage drives to their Barracuda Pro, IronWorld and IronWolf Pro lines of hard drives.

Calling them the most advanced hard drives in the industry, Seagate says that these 14TB drives are ideal for network attached storage and even for desktop installed, local data drives.

“… this purpose-built portfolio empowers customers to consume, manage and utilize digital data more effectively and efficiently while establishing new benchmarks in speed and capacity,” Seagate writes, also stating that the company is driving the cost cost per terabyte lower through “hard drive optimization, versatility of application, and capacity.” 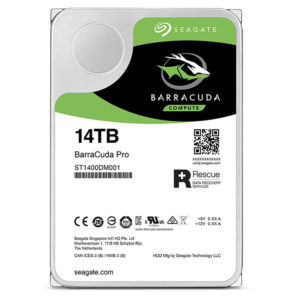 Seagate also has given small business owners, creative professionals, and even gamers, online security tools to keep their data protected without the need of the support of a dedicated IT department, and two years of Data Recovery protection through Seagate’s Rescue Data Recovery Services, for the Barracuda line, and 3-5 years for the IronWolf and IronWolf Pro line of hard drives respectively.

By James DeRuvo (doddleNEWS) Day two of our NAB pregame and the tsunami of press releases continues to bombard. But there’s some nuggets out there for filmmakers who are looking to up the production value […]

IBC 2018: Blackmagic Develops Their Own Flavor of Raw

Today at IBC, Blackmagic Design announced that they would be moving away from the open source CinemaDNG codec, in favor of their own flavor of Raw. With the announcement of the public beta of Blackmagic […]