Virtual reality is still a technology in search of a medium, and we have yet another example of how cinematic story telling is just not that into it. IMAX had been working in partnership with Google on creating a new Virtual Reality cinema camera, but according to Variety, Google has dropped out of the development deal, as they continue to shift towards augmented reality. Even worse, IMAX has closed down at least two of their seven VR entertainment centers.

Now, Google has pulled out altogether. This leaves IMAX faced with the choice of either going it alone, or finding another partner to pick up the ball and share development costs. This isn’t the first time Google has left a technology company hanging. At one point, the company was working with GoPro to crate the JumpVR 16 camera VR rig, but left that partnership in favor of a similar project with Yi and the Yi Halo, a $20,000 17 camera VR rig that uses multiple Yi Action cameras. Frankly, it just looks to me that Google chose the Yi camera system and continued developing the same design.

Either way, earlier this year, Google began to tack away from 36o video and virtual reality, in favor of augmented reality. They have been developing an AR Core standard and have been releasing numerous AR apps for the Android platform. But then again. the company also bought light field technology company Lytro in an asset sale, so they may have their eye on incorporating those designs into a next generation virtual reality system. But the company also said at the time that they were buying the contracts of Lytro’s technology talent, more than the light field technology itself, so any virtual reality using that system is uncertain.

“We’ve currently paused the development of the Imax VR camera while we continue to review the viability of our pilot program.” – IMAX Statement 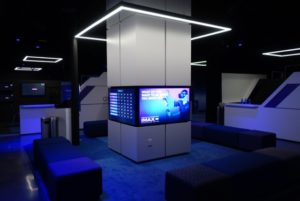 Speaking of uncertainty, IMAX’s virtual reality centers looked pretty cool. Viewers would basically buy tickets like in a movie, but go through a virtual adventure. Think of it as a movie theater meets an escape room. The basic idea was to create content that virtual fans will enjoy, and that would give the next generation of filmmakers a cinema grade virtual reality portal to create that content. The IMAX/Google VR camera was a major piece of the puzzle, but when Google started to shift away from virtual reality, in favor of augmented options in their own internal development, it looked as if the marriage between them and IMAX was in trouble. 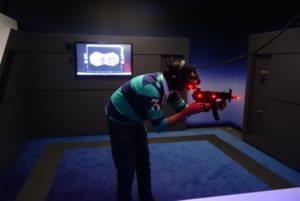 The uncertainty has also spread after news that IMAX was close down two out of seven of these VR centers, one in New York in June, and second in Shanghai last month, citing under performing box office numbers in spite of generally positive consumer reaction. “The consumer reaction was extremely positive, but the numbers just weren’t there,” IMAX CEO Richard Gelfond said in an earnings call with investors.

IMAX also stated that the VR centers were a pilot program to determine the viability of whether a worldwide launch of VR centers could be feasible, but for now, the company is cutting back and reviewing their options. “Regarding our VR and home theater ventures, in order to continue to focus on reducing costs from new business, we expect to reach a decision on these initiatives during the next few months,” said IMAX CFO Patrick McClymont.

Frankly, I expect Disney to come to the same conclusion with their Star Wars themed VR centers. Aside from the curiosity factor that makes VR a lure, I just don’t think people want to have their head on a swivel. They want a lean back, relaxing experience.

by James DeRuvo (doddleNEWS) Niclas Bahn does Business Development and Developer Relations at FxFactory. We sat down with him to talk about the state of visual effects, how it’s changing, and what’s new for FX Factory. […]

A Quick Hands On with the RED Hydrogen One Smartphone

Last Friday, I attended a SIGMA Lens event at Duclos Lenses in the Valley. The event showcased the complete selection of Sigma Cine grade lenses and I have to say, they are most impressive. But […]