Due to the evolving needs of higher end post production workflows like 8K and virtual reality, there’s a practical arms race going on to provide processors and graphics cards that can work in tandem to shoulder the load that these workflows require. To that end, this week, Intel announced their most powerful processors yet, the  9th generation Intel Core-X series.

“Our goal is to deliver leadership performance across all computing segments and product lines,” said Anand Srivatsa, vice president and general manager, Desktop, Systems and Channel, within the Client Computing Group at Intel. “Whether a gamer, a creator or an expert using the most advanced workstation applications possible, Intel and our partners are focused on delivering balanced platforms with real-world leadership performance and robust capabilities that exceed their needs.”

The seven processors that are kicking off the Core-X series include i7-9800X, i9-9820X, i9-9900X, i9-9920X, i9-9940X, i9-9960X and i9-9980XE.  The Core X series is Intel’s most scalable desktop platform for high end workflows and applications, with 8-18 cores, up to 36 threads, and 24.75MB of Intel Smart Cache. The result are processors with a base clock speed of tween 3.0-3.5Ghz, but which are also capable of operating at 4.5GHz with Intel Turbo Boost Max 3.0 technology in single-core operation. Intel Turbo Boost identifies which cores are the fastest and directs the most critical workloads through them for maximum performance. Users can also manually direct workloads according to preferred priority.

Other features of the Core-X Processors include:

Benchmarks are improved in the 9th gen Cannon Lake processors, with improvements that include: 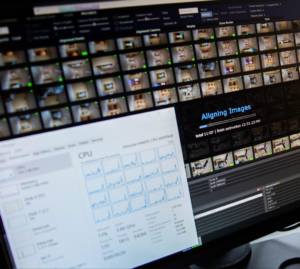 The Core-X series was announced alongside the Intel Core Cannon Lake (formerly Skymont) processors, which Intel designed for higher end gaming applications. Both are also capable of performing the high amount of calculations needed for the emerging technology of “photogrammetry,” which is a technique of taking thousands of photos of an object from every conceivable angle, and then stitching together to create a 3D object for use in virtual reality, visual effects, and even 3d printing. The result is the ability to pluck a design from the real world, and incorporate it into a virtual scene with a high amount of accuracy, detail, and subtle shades of dynamic range. But it is expected that the biggest clientele will be in gaming.

By James DeRuvo (doddleNEWS) Its not all darkness and despair over at GoPro, as this week the action camera company finally released OverCapture, the feature that allows Fusion 360 camera users to take their smartphones […]