When it comes to preproduction, storyboarding is the next creative step after, or sometimes during, writing the script. And thanks to the advancement of technology culminating in Apple’s iPad Pro, many storyboarders and animators are going digital for their sketch work on the hottest blockbusters in the business.

Rob McCallum has drawn storyboard sequences for many Sci-Fi epics, including Luke Cage, Star Trek: Discovery, Stephen King’s IT, and even Pacific Rim. Getting his start in comics for Marvel and DC, McCalum is learned to convey action through the single frame by some of the best in the business. “Comics are actually kind of a good training ground for doing storyboards,” McCallum says. “You’re directing it. You are doing the costume designs. You’re doing the casting. You’re doing the acting. You’re doing the lighting, the set design, the prop design, everything.” 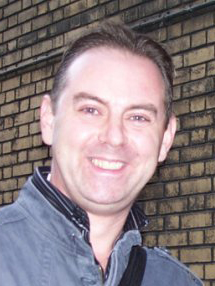 McCallum calls storyboarding “the cheapest way of making the film for the first pass,” McCallum says that the most complicated action scenes have to be storyboarded to work out many of the kinks before a single frame is captured.  “It’s usually visual effects, complicated stunt sequences,” McCallum told the iMore Vector Podcast, “anything that the other departments would benefit from knowing what they would have to do ahead of time, basically, so that they can do what the director has got planned.”

McCallum says that storyboarding can also help in the budgeting process, as it can drill down on just how many visual effects shots action sequences, and other costly assets need to be budgeted for. But he also says that all his hard work drawing out those sequences can disappear in a heartbeat when a new draft of the script comes out. “I finished (Pacific Rim) and handed it in,” McCallum quipped. “Then, the new version of the script came out, and my sequence was completely gone.  I didn’t have to give the money back, so that was OK.”

McCallum recently transitioned from drawing with paper, to working on a Cintiq, before moving to working on the 12.9″ iPad Pro, because especially with huge sci-fi films, a stack of storyboards can be quite daunting to navigate. “When you were flicking through a big stack of storyboards,they’re frequently as big as two phone books on some movies,” McCallum added, “which is something you can’t really do these days. That’s one thing that a PDF does not.”

McCallum got a taste of the iPad while working on Pacific Rim, as artist Guy Davis had a first germination iPad that he was “doodling” on. McCallum picked up an iPad 2 and some styluses and was hooked. He now uses an iPad Pro and apps like ProCreate and Fifty Three Pencil one. Ironically, though, while he spent hundreds of dollars on complicated styluses, it was the hard rubber ones he found at a Dollar Store that were his favorite.  “They ended up being my absolute favorite just because the rubber they used is so hard, which was actually nice. I used to sketch and draw.”

Now McCallum enjoys the performance boost of the iPad Pro and it’s intuitive Apple Pencil, which he say works great for everything from storyboards to animatics to prop designs. “This is as close to a real pencil as I’ve ever experienced, so the iPad Pro basically has changed everything about how I work,” McCallum concludes. “I do enjoy drawing again because I was getting sick of the grind of the blue pencil, draw over it, and then fix it, scan it. It was taking forever and it was wearing me down, but working on the iPad Pro has changed everything, and I would highly recommend it.”

McCallum adds that not only does the iPad Pro streamline his workflow, but it makes it far easier to share his progress with directors, producers and art directors.  “You don’t need to jump between platforms or hand over USB drives,” he says. “You can AirDrop things. You can create PDFs, you can strip them down, you can upload them, you can share things. It’s great.”

You can hear more from the iMore Vector podcast here.

If you’re the proud owner of a 2018 Apple MacBook Pro, you know that it’s not exactly perfect. Gone are the days when Apple would have to work overtime to fix nagging issues before a […]