The hot rumor of the week is that there may be plans for killing the Canon 7D Mk. III, and instead, are moving to a 4K replacement for the 80D. If so, the complicated dual sensor design may not be not long for this world.

We’re now being told that no EOS 7D Mark III is coming down the pipeline from Canon. Instead, we’re going to see a replacement for the EOS 80D that will move slightly upmarket to cover the prosumer and enthusiast APS-C shooters. – Canon Rumors 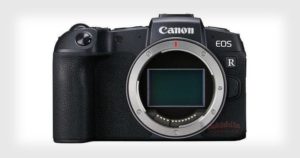 When Canon released the EOS R Full Frame mirrorless camera, and then followed up with the lower end EOS RP, many speculated that Canon was about to divest away from DSLR development. But Canon executives moved quickly to dispel the speculation, saying that there was plenty of room for both DSLRs and Mirrorless cameras in the Canon Eco System.

However, that doesn’t necessarily mean that Canon wouldn’t streamline the DSLR platform, making it leaner and meaner, and therefore, say goodbye to several models along the way. Especially in the APS-C space. Consequently, the most logical camera to be discontinued would be the Canon 7D Mk. II, with no followup Mk. III to take its place.

The 7D has always been somewhat of an odd duck. With dual APS-C image sensors, the 7D has had some complicated software engineering for image processing. This dual setup never translated into other models, with Canon opting instead for sticking with a one sensor setup and focus on image processors in the DIGIC line.  This led to the 70D, the 80D, and others, and since Canon has already announced a 4K SL3, it would be quite a while for them to run through the Rebel series, then move through the 80D, before actually getting to the 7D.

I really liked the 7D for shooting stills, its robust design fit rather nicely between the APS-C Rebel series and the full Frame Canon 1D and 5D lines.  But then Canon came out with the full frame 6D, which made going full frame more affordable. With that in place, it took forever for Canon to update the 7D to a Mk. II, and when they did, it underperformed.

Canon Rumors is also saying that Canon is looking at an APS-C mirrorless model, as weak as two separate EOS R Sports models.  Both aimed to fill the void that the 7D leaves behind. Moreover, with interest in DSLRs starting to wane in favor of mirrorless cameras in general, and full frame mirrorless specifically, something had to give, and the future of the 7D seemed sealed. If the rumors are true.

And if that is the case, could that mean other Canon APS-C models are about to be added to the discontinued list? Only time will tell.