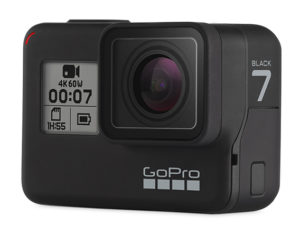 In what could be the best rumor I’ve heard all year, there is talk by all the usual suspects that Canon and GoPro are entering into a technology partnership that could be mutually beneficial to both sides. But could this also be a prelude to something more?

Back in November, we were told by an unknown source that Canon and GoPro were working on a partnership, we dismissed it as a viable rumor and didn’t bother posting about it on this site. Other sites have started to post about a Canon & GoPro partnership. So we figured we’d also address it, as readers have already started emailing us about this.- CanonRumors

Over at CanonRumors.com, they finally posted a rumor that they had been sitting on for quite some time. But when the rival rumor site CanonWatch beat them to the punch, they had to come out with what they were told on this new Canon/GoPro partnership.  “Canon will sign a cooperation deal with GoPro,” their inside source stated. “They are interested in the digital image stabilization and video capabilities of 4K without a crop. GoPro will profit by getting the Canon colour science and undisclosed other key technologies.” 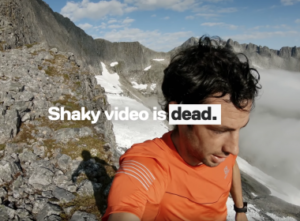 And while CR takes the rumor with a grain of salt (they give it a CR0 rating), we do know that GoPro has been recently licensing their video technology to non-competitive companies as a new source of revenue to combat the stalled action camera market. So partnering up with Canon wouldn’t really be that big of a stretch, since although Canon once had a patent for an action camera, nothing ever came of it.

Canon could be looking at how they can improve on image stabilization without having to redesign their lower end camera bodies for IBIS support. Judging by the success GoPro is having with the new “HyperSmooth” digital IS in the Hero7 Black, Canon may think that physical methods of image stabilization are now irrelevant.

The only part of the rumor I’m really not buying, is that GoPro is going after Canon’s color science, since the color science starting with the Hero6 has been pretty fantastic for an action camera. Then again, if GoPro is looking to replace Cineform, since Apple will be eliminating supporting it. Moreover, that could be why they could be willing to get in bed with Lake Success in order to benefit from a stripped down form of Canon Raw.

We have been told that Canon is interested in GoPro’s business and might make a move to step into or get in some way a hold on GoPro. – Canon Watch

But CanonWatch takes it a step further, suggesting that the partnership may go deeper, with cooperation in app development, video compression, and online features. They even suggest, albeit rather fleetingly, that Canon may be interested in acquiring GoPro, or at least a stake in it.

Rumors have been swirling all year that Woodman was open to an acquisition. Still, I don’t think Nick Woodman would go for letting the company he spent a lifetime building, unless he was in a position to continue running it as an independent division.  However, since GoPro is now publicly traded, this could also be a trial balloon for something deeper.

But I’m not buying that, just yet. Then again, that’s what DJI did with Hasselblad. But if CR considers it a joke, I’m not going to hold my breath. I like the idea though.

By James DeRuvo (doddleNEWS) There’s a little more evidence to suggest that not only Canon will be putting out a full frame mirrorless camera in the near future, but Nikon as well. Are we poised […]

UPDATE: According to Canon Rumors, while falling short of an official product announcement, Canon will be showcasing an 8K capable Canon C300 Mk. III at NAB in April. It’s been a few weeks since we […]