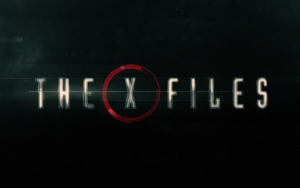 When Robbie Amell and Lauren Ambrose were cast as FBI agents in the upcoming X-Files event series, bells went off in my head. We all know that X-Files is one of the biggest Fox properties of all time, and that’s the reason we’re getting a new, albeit extremely short, season of the show.

David Duchovny and Gillian Anderson are keen on playing the roles of Mulder and Scully, but they aren’t keen on doing a full season of episodes. I wondered if Amell and Ambrose were cast in order to create a spinoff series as soon as the announcement of their involvement was made – it looks like I wasn’t too far off.

TV Line is reporting that the revival series could have been used as a backdoor pilot to potentially spin off Amell and Ambrose’s characters, special agents Mills and Einstein, as alien-hunting FBI agents. However, also according to the site, while the idea was thrown around as a possibility, it is currently dead.

The site had a chance to ask about the possibility with series creator Chris Carter, who said there was no series deal beyond the six-episode revival. When pressed if the thought ever crossed his mind, he gave an interesting non-answer:

To me, this sounds like an idea that’s still possibly in play, but relegated to the back-burner. There’s a question of whether the audience even wants more X-Files before asking whether special agents Mills and Einstein can hold a series on their own.

The last X-Files film didn’t do so well in theaters in 2008, 6 years after the show went off the air, so while most people are bullish on this revival doing well, recent past tells us it’s not a guarantee. Should it do well, and audiences like Amell and Ambrose, then a full season spinoff working in conjunction with future event series with Fox and Dana makes a lot of sense. They can keep the X-Files brand alive, and schedule event series around Gillian and Duchovny’s other commitments. Hey, we’ll probably even get them as special guest stars from time to time.

The X-Files returns to television on January 24, 2016 on Fox Television.