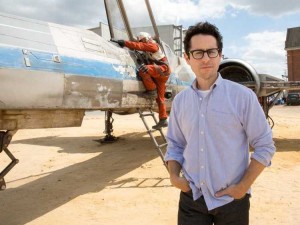 Star Wars: The Force Awakens is the most anticipated film of the year, and with August almost halfway over (already!), that means it’s only about four months away. Even though it hasn’t graced the big screen yet, that hasn’t stopped anyone from looking towards Episode VIII and IX.

Entertainment Weekly’s cover story is about the next chapter in the Star Wars saga, and they had a chance to ask director JJ Abrams if there’s any truth to the rumor that he would be directing the ninth instalment. Here’s what he said:

No, I’m not going to direct Episode IX, as much as I am deeply envious of anyone who gets to work with this group of people on the future movies.”

This wouldn’t be the first time he said no to Star Wars, since he originally declined when Episode VII was announced. What Lucasfilm president Kathleen Kennedy used to lure the director in was just asking a simple, but loaded question:

“In the context of talking about story and laying out what we were thinking, I said one thing to him: ‘Who is Luke Skywalker?’ He said, ‘Oh my God, I just got the chills. I’m in.’ I mean, it really was almost that quickly.”

Damn. That gives ME chills! While Mark Hamill will definitely have a presence in the film, we don’t know how large it will be. In fact, most of the plot of the film is shrouded in mystery, but Kennedy does tease a bit of the thematic structure of the next film and beyond:

“George spoke often about that tension in everybody between what’s good and bad. He always felt that it was easier to be bad than good. I’m not sure all people would agree, but I think that that’s always an interesting conflict to explore. So that’s a big part of the themes inside of Episode VII.

“I think we can’t explore in quite as much detail issues of compassion, the way [Lucas] did in terms of the values of the Jedi. But we’re going to get there, let’s put it that way. In the arc of all three movies, that will increase.”

Speaking of the final two chapters of the sequel trilogy, how much has it been planned and how much of Episode VIII will Rian Johnson be able to guide? Surprisingly, he seems to have a fair amount of control over the material with Kennedy saying:

“We know where we’re going, but only in the broadest sense. When Rian came in and started writing his script, he started from scratch, other than knowing what we had done in Episode VII and projecting out where it was going. He then sat down and put pen to paper, and it’s 100 percent him.”

This makes me very curious as to what the Story Group meetings look like at LucasFilm. It seems like it’s less a group of people who dictate the story but rather take what is given to them and just make sure it’s consistent. I’m a big fan of this way of thinking because it gives the filmmakers a wide berth of creative freedom.

If you’re keeping score, there are two other directors recently rumored to helm Episode IX: Joss Whedon and Jurassic World’s Colin Trevorrow. We may hear an announcement on a possible director soon.