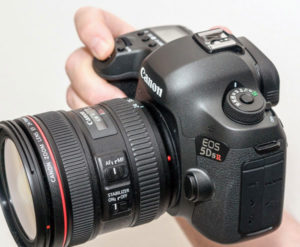 Last year, I reviewed one of the more popular peer-to-peer gear rental sites, which offer the service of giving filmmakers, photographers and other content creators a portal to rent out their gear when not in use. Ideally, it’s a great way to keep your gear working for you, when you’re not using it. But what happens when that gear isn’t returned, and the gear insurer recommended by the service finds a loophole to deny reimbursement? That’s what happened to a recent KitSplit user.

I remember asking specifically: what if the renter steals the camera or doesn’t return it? They said it would be covered by insurance. (I wish I had a transcript of this chat.) So I took the plunge to see how things go. After the weekend, I tried contacting him to arrange a time to meet for the return, but his phone was off and my texts were not going through. This is when I started to get a bit worried. Even though my property could not be returned, I was still thinking, “Good thing I’m covered under the company’s insurance.” But I was wrong. – Peter H., PetaPixel

Fear not, in the end, this cautionary tale has a happy ending. But it should serve as a lesson to us all. Apparently, when a user rents his gear to another member of the shared gear rental site, it’s not really considered a rental, so much as “voluntary parting.” This is the legal term that both insurance companies and even the police department use to describe what happens when a shared rental member lets someone else use their gear for a price.

This is what happened to Peter H., when he signed up on KitSplit to rent out his gear. All was going well for the first ten rentals, and Peter was secure in the knowledge that KitSplit promised to vet every renter to make sure they were legitimate users, and had gear insurance. But when Peter agreed to rent his Canon 5D SR and a 24-70 2.8L kit lens to a “Dev” who wanted it for a weekend school project, all of a sudden things went south. After the weekend passed, Peter was having difficulty getting a hold of “Dev”, who had rented his gear.  Even KitSplit couldn’t find him. To make matters worse, the culprit was brazenly posting pictures using Peter’s 5D SR on social media.

Peter was at the point where he decided to contact local law enforcement.. And that’s where he got a rude awakening. First, KitSplit’s insurance wouldn’t cover the “voluntary parting” because the gear wasn’t stolen from the member renting it. To make matters worse, the NYPD wouldn’t investigate it, because the gear’s owner willingly handed the gear over to the thief. Even the school that this “Dev” was allegedly enrolled in, wouldn’t help because they had expelled him for stealing gear from the school.

We take instances of damage, theft, and voluntary parting very seriously at KitSplit. Our vetting system has successfully blocked millions of dollars worth of theft, and our incidence rate is .02% in 2018. – Kitsplit

The good news is, that KitSplit did the right thing and agreed to reimburse Peter for his lost gear, even though they were under no legal obligation to do so.  “We were dismayed to hear about Peter’s experience,” Kitsplit said in a statement. “We have zero tolerance for this behavior and promptly blocked the renter from further rentals. As Peter notes, we are working with law enforcement on this matter. We also provided Peter reimbursement for the camera, and are seeking additional reimbursement via collections.”

We are constantly improving our vetting system to block fraudulent and criminal activity. We are a small team of filmmakers and photographers who understand your camera can be more most prized possession, and we work hard to make KitSplit as safe as possible.

KitSplit went on to say that such instances of theft are incredibly rare. But to make certain this kind of thing can’t happen again, the shared gear rental site is working to improve communication on what insurance does and does not cover, and to make their vetting process even more comprehensive, to prevent this from ever happening again.

But Kitsplit stresses that gear owners should have their own comprehensive policy to protect themselves from these kinds of loopholes. In fact, they point out that there are no gear rental insurance providers who cover “voluntary parting” when the renter purchases a policy. “This treatment of voluntary parting is standard in the insurance industry and is not unique to KitSplit,” their statement concludes. “We strongly recommend all camera gear owners have their own policy, in addition to the coverage provided by us, to ensure comprehensive coverage.”

The reality here is that KitSplit is as much of a victim as Peter was, with their hands tied by both the law, and their insurance policy. But hats off to the company for deciding that they should reimburse Peter for his gear. That’s standing behind your service, even in the worst case scenario.

Hopefully, as the story of this incident spreads, rental companies will demand that insurance companies cover “voluntary parting.” Until then, while the old adage “let the buyer beware” covers most things, in the rental world, it’s more let the owner beware, and always make sure to verify what is and is not covered before letting that gear out of your sight.

By James DeRuvo (doddleNEWS) The peer to peer gear rental revolution, that sought to give filmmakers the option to rent their gear from fellow filmmakers through services like ShareGrid, was a game changer. Younger filmmakers […]