We all know Hollywood is a boys club and it’s harder for female filmmakers to gain traction than their male counterparts. But one school seeks to change that and even the playing field with a $1.5 million scholarship for women in entertainment to get the training, and contacts they need to succeed.

“We believe strongly that our commitments today will make a difference in developing our leaders of tomorrow,” said Sandra Lee, Associate Film Program Director and Professor at The Los Angeles Film School. “Opportunities for women in entertainment are improving and while we recognize there is much work to be done, we’re proud to be able to offer this scholarship to incoming female students as a next step and hope the Women In Entertainment Scholarship will help our students reach their full potential as the dynamic innovators that they are.” 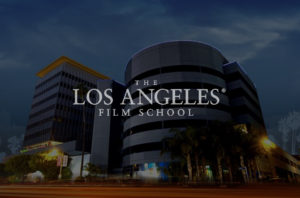 The Los Angeles Film School has an enrollment of over 3,000 students and up until now, has had a modest $200,000 scholarship endowment for training female filmmakers. The addition of the $1.5 million Women in Entertainment Scholarship (WIES) is designed to achieve the goal of increasing female film student enrollment to 50% of the current student body.

“We realized we can do better and are proud to commit ourselves to affording a higher educational opportunity that charts a course to even out the starting gates for women,” said The Los Angeles Film School’s Special Advisor, Dave Phillips. 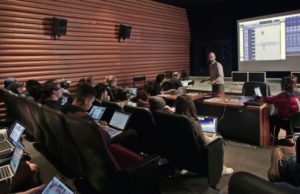 The scholarship isn’t just for filmmakers either. LAFS will provide a one time $2,000 award towards tuition for all newly enrolled female students who are seeking Bachelor’s and Associate’s of Science degrees in Entertainment Business, Animation, Graphic Design, Music Production, Audio Production and Film. The scholarship will also be applicable to LAFS subsidiary The Los Angeles Recording School.

The bottom line is, that carving out a successful career in the film industry is extremely difficult, no matter what sex you are. But historically, it’s no secret that women have had to work harder and surmount many more obstacles than their male counterparts. And any scholarship that helps surmount those obstacles is a good thing.

BTW Larry Jordan had an episode of the Digital Production Buzz Podcast dealing with the issues faced by Women in Entertainment. You can listen to it here.

The Buzz Podcast – Women in Film

By Larry Jordan In case you missed it, this week’s episode of The Buzz Podcast turned our attention to the Women in our Industry. We talked with women filmmakers about the challenges and opportunities to […]

by Larry Jordan In this episode of the Buzz Podcast, we look at the challenges facing young people just entering the media industry. What first got them interested in media and what excites them about […]