Well, it was an interesting weekend. I followed my own advice Saturday night and upgraded my main production Mac to macOS Mojave (vs. 10.14.1) because the dot one upgrade was out. (As an important side-note, a few days prior to doing the Mojave upgrade, I also upgraded all my Adobe apps to their 2019 versions.)

The upgrade process took a couple of hours, but only a few minutes of my time to answer a few dialogs. But, when I started testing things Sunday morning, I discovered two things: 1. None of the new Adobe apps would launch. They all hung after displaying the start-up screen. 2. My favorite and trusty screen capture utility (Snapz Pro) no longer worked. Deep sigh…

You may have read an article from MacWorld.co.uk about changing the Security preferences, but that only affects early versions of Photoshop. Now what to do? 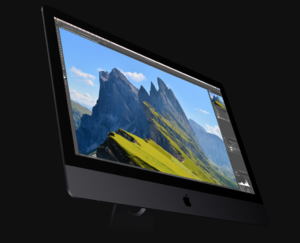 After restarting my system, doing a Safe Boot clean-up and repairing preferences (here’s how to do all that), I discovered an old Adobe Application Manager in my Utilities folder from 2015. When I trashed that and restarted, all the Adobe apps starting working again. Since I haven’t found anything on the web about this fix, I wanted to share it with you here.

Now that all my Adobe apps are working, whew!, I want to share a small eulogy for Ambrosia Software’s Snapz Pro. I’ve known that Ambrosia has had problems for a while. Snapz hasn’t been updated since 2016 and they last updated their website in 2017. So, it was only a matter of time until things would wind down. But Snapz was unique in screen capture utilities. It not only captured any part of the screen you needed and remembered the size of your last capture, but also included the cursor and any open menus without any problems. It was fast, easy and I relied on it daily for more than a decade. It is very sad to let it go.

This weekend, I replaced it with two utilities: ScreenShot FX and SnapNDrag Pro. Neither equals what Snapz Pro could do, but, together, they come close. So, if you are looking for still image screen captures for your system, check into those.

Another note, when I upgraded to macOS Mojave, it converted my internal Fusion drive to APFS and, at the same time, fixed a variety of problems it was having with HFS+. However, and this may be due to resetting the internal SSD section of the Fusion drive, I noticed that all my applications were taking a LOT longer to open. Mojave, at least initially, feels slower than High Sierra. (Here’s more on APFS.)

by Larry Jordan Recently, Apple announced that it would be discontinuing support for “legacy media” using 32-bit codecs in the next major release of the macOS after Mojave. These codecs were built, for the most part, […]