Last week, Adobe released a major update to Adobe Premiere Pro CC, along with the rest of its Creative Cloud applications.

NOTE: Here’s an article that details what’s new in Adobe Auditionwith this release.

Let’s take a look at these in more detail. 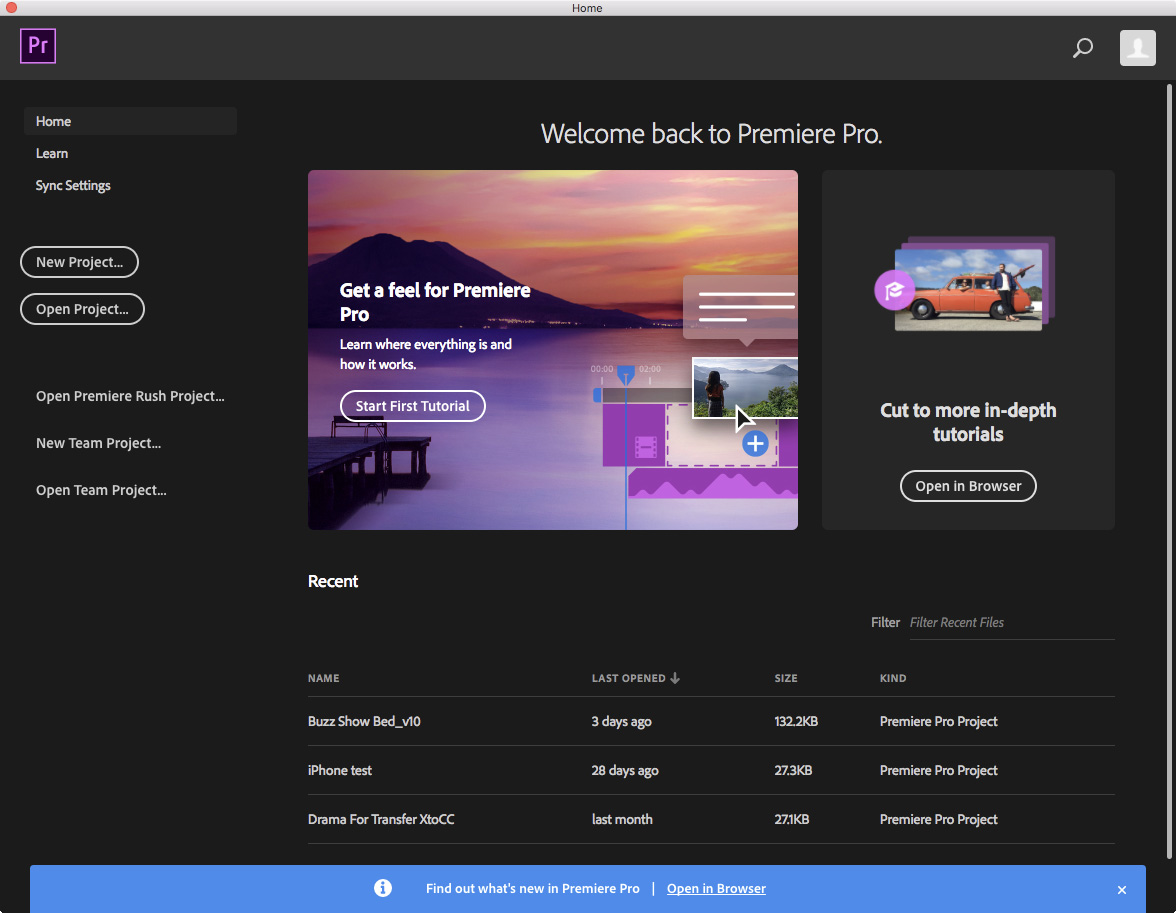 This isn’t Premiere’s most important feature, but it’s the first thing you see when you start the newest version of the application: a new Home Screen.

This now includes options to:

The nice thing is that this window is dynamic. As you work on more projects, the space devoted to tutorials decreases, while the room for your past projects expands.

NOTE: You can also access tutorials from the Learn panel. If this is not visible on your screen, open it by choosing Windows > Learn.

The color changes are extensive and fall into three categories:

In the past, it was necessary to manually set your OS display profile to be sure that you were seeing accurate colors, and sometimes it was not possible. Display color management takes away the guesswork and displays correct colors no matter what ICC profile your display is set to in the operating system. (Source: Adobe Help)

To display accurate colors on any system, go to: Premiere > Preferences > General and check Display Color Management. This automatically converts colors to the color space of your display (including Rec. 709, Rec. 2020, and P3).

NOTE: This requires GPU acceleration and will probably work best with recent hardware. 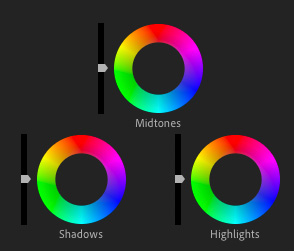 We are all familiar with the color wheel: Adobe calls these “donuts.” While the basic Lumetri color controls haven’t changed, in this release, Premiere beefed up its selective color controls.

What’s new is that Adobe has added five new color controls to Curves allowing us to make “selective” color changes. That is, where we want to change a portion of the frame, without changing everything. (These are often called “secondary color corrections.”)

Explaining how these tools work is an article in itself. However, here’s an example.

Let’s say that I want to make the green jacket of the person walking through the frame, indicated by the red arrow, darker, without changing the rest of the image. Here’s how:

The creative possibilities for these tools are vast. These enhanced secondary color correction tools are a very valuable addition to Premiere.

We can now create a stack of multiple custom Lumetri color effects and apply them to the same clip (or adjustment layer). 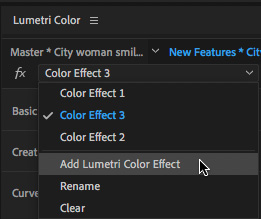 I added a second, and third, color effect by choosing Add Lumetri Color Effect, then used the Rename option to give them a more coherent name.

NOTE: In real-life, I might call these, for example, “Desaturate highlights,” “Boost skin tones,” and, perhaps, “Cool shadows.”

This technique allows me to create a color effect by stacking different effects, which provides more flexibility than trying to cram all the settings into a single effect.

I expect this feature to expand in future versions to allow me to change the stacking order of effects and save these building blocks so that I can create them once, then reuse them for other clips in my project.

Read the rest, including a look at Editing Premiere Rush files, Improved Team Projects, VR enhancements, and a bunch of “other important stuff” at LarryJordan.com.

By Larry Jordan Apple showcased the future and we have two reports on WWDC18. Then, we look at the state-of-the-art in media collaboration tools with reports from Avid, Adobe and Frame.io, each highlighting how we […]

By James DeRuvo (doddleNEWS) BorisFX is taking the next step into the virtual reality frontier with version 11 updates to their FX plugins Sapphire and Continuum. The result is the ability to bring the power […]

By James DeRuvo (doddleNEWS) I’m a recovering screenwriter, and I confess that I never really got into Adobe Story CC. Not that it wasn’t a great script program, it can definitely do the job. I […]