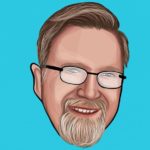 There’s nothing like discovering I have something new to learn to add a sparkle to my life. Last week, I got to play with a new Blackmagic Pocket Cinema Camera 4K. I’m using it in my classes later this semester and want to learn how it works. (I’ll write up what I discover after I’ve used it some more.) 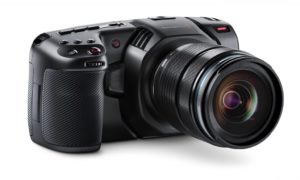 As soon as I pressed Record, I discovered the challenges of SD cards that are too slow, the massive size of 4K RAW files, and the need for very fast, very large external storage. I also tripped over the compatibility issues of Cinema DNG. This video format, which is a sequence of still images rather than a single clip, has been around for a few years, but it is not supported currently in FCP X. It is supported in Premiere and DaVinci Resolve, both of which import the individual images and convert them into something that behaves like a clip.

As I was exploring further, I learned about the new  Blackmagic RAW codec; a free, open, multi-platform codec designed for both cinema and video use. This codec is supported in DaVinci Resolve but not Premiere or FCP X. I really like that it allows us to choose between constant bit rates or constant quality settings.

After finishing last week’s webinar on Color Basics in Premiere, I was going to do an advanced session on all the cool color stuff that I didn’t have time to cover. But, instead, I want to take a couple of weeks with this new BMD camera, shoot some HDR and RAW material and use that to learn more about how both FCP X and Premiere handle high-end images.

It’s been a while since I updated myself. I’m taking the time to learn about these new high-end video formats. Cool.

By James DeRuvo (doddleNEWS) Ultra high definition (UHD) at a lower price thank first announced, Blackmagic’s Dan May returns to talk about how Blackmagic was able to carve yet another $1,000 of the price of […]

by Larry Jordan IDC estimates that by 2025, we will generate more that 163 zettabytes of data each year! (That’s 163 BILLION Terabytes…!) Where are we gonna put all this stuff? There is so MUCH […]

In our previous lesson of our look at learning BlackMagic Design’s DaVinci Resolve, we started to take a look at trimming, and in this lesson, I want to talk about Trim Edit Mode, or as […]