Nikon really changed the game with their announcement of their Z Series full frame mirrorless line of cameras. But as they say, the proof is always in the pudding, and it’s not until we get independent test footage will we know the Z line is a real deal. Well, now we’ve got it for the Z6, and it really is a low light beast.

“That Nikon Z6, happens to be pretty nice for video.  – Marin Marinov 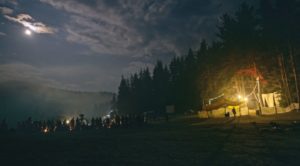 The footage comes from Bulgarian filmmaker Marin Marinov. who was given a pre-release Nikon Z6 by a friend for testing. The result is a one minute short film called “Dreaming,” which Marinov shot on an evening in the woods.

I’ve been shooting Nikons for years, but really wasn’t impressed with video quality. I have a D850 and didn’t even bother to try the video mode…. it’s like the switch for video was cemented. I’ve tried a sample camera for a short time, with some firmware bugs and burned out pixels, but it looks really promising. I like the new Nikon!

Marinov shot it using Nikon’s own N-Log raw codec, and an Atomos Ninja Inferno external monitor/recorder. He shoot with both Nikon’s 20mm f.18g and 85mm f 1/4 f-mount lenses, so there’s also an adapter in the mix as well. 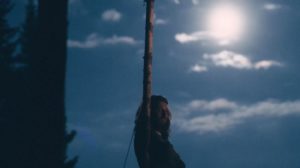 As for the ISO, Marinov set it wide open to 8000. But even with that, as you can see above in the video, there’s very little noise invited to the party.  “It was really dark for shooting, despite the bright moon,” Marinov says. All the daytime footage at the end, was shot using Nikon’s standard flat profile, which was then color graded for the daytime conditions.

Marinov then compared it to what he knows are mainstream cinematic cameras from companies like RED and ARRI. His conclusions … the Nikon Z6 can certainly run with the big boys! “I’m full-time director of photography. I edit a lot of the footage I shoot too, so I’ve got a good idea about the image quality of many cinema cameras like Red and Alexa, but also the Sony and Panasonic mirrorless,” Marinov concludes. “It competes well with its Sony and Pana(sonic) counterparts with an added bonus – 10bit output from a full frame sensor.”

I have to say, I agree with him. Granted, I’m watching his 4K video above with a bit of compression, but Vimeo is really striving to squeeze out every available pixel for streaming. There’s a little bit of noise around the trees in the background at the end, but it makes the shots kind of ethereal.

At the end of the day, I think Nikon has a winner. And this is just the consumer brand. Imagine how the Pro model will fare when it comes out next year? Now they have to convince others to give it a go. But at $1996 for the body, that shouldn’t be all that hard. Shipping in November.

doddleTALKS Tech – Inside The Blackmagic Studio

By James DeRuvo (doddleNEWS) At NAB, I sat down with Dan May to talk about their new camera products – including the Blackmagic Studio Camera, the 4K Blackmagic URSA Cinema Camera, a killer update to […]