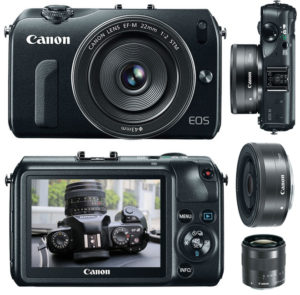 There’s a comfort in knowing that even when we don’t hear from the rocket scientists at Magic Lantern for awhile, they are always tinkering with Canon’s Firmware, mining secrets that even the most humble digital camera can take advantage of. This time around, it’s the original Canon M mirrorless camera, which can get video boosted to 2.5K. But there is a risk.

The discovery comes from ML enthusiast “Synth & Sundry” who managed to squeeze not only a resolution of 2520×1080 at 24 frames per second, but the image is 12 bit Raw, lossless and adds 5x zoom mode to boot. The hack uses Magic Lantern’s sd-uhs module in overclock mode and that’s where the danger lies.

Magic Lantern warns that the hack is still being kept in the nightly builds, as it is highly experimental and has been known to literally fracture SD cards because of the speed at which the Canon M’s DIGIC 5 image processor have to write at. Additionally, Magic Lantern’s team cautions that the hack could also brick your camera, so it’s probably a good idea to wait until the feature has been fine tuned before installing it on your old EOS M.

But if  are of the bold type and don’t mind putting your old EOS M to risk, then make sure the camera has the latest Canon Firmware update (2.0.2) before giving it a go. You can download it here. But caution, it’s already failed for one brave soul! 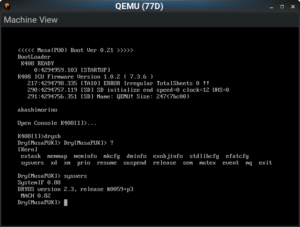 If Magic Lantern can lock this down, it would make what was generally considered a failure of a  camera, a workable backup or even secondary camera on a shoot.  BTW you can pick up an EOS M on eBay for about $150-200.

In other ML news, according to their Twitter feed, emulation has been made ready for the DIGIC 7 series cameras, which include the EOS 200D, 77D, 6D Mark II.  a1ex reports that so far, users have been able to jump the main Canon firmware without any special tweaks, so the next stage can begin.

we do not have this camera and do not plan to get one. This proof of concept is just to encourage you (yes, you!) to start porting Magic Lantern to your DIGIC 6/7/8 camera… and stop asking when it’s ready 😉

The work still needs to be done to actually apply the build and test it on those cameras, and a1ex has requested that whoever is bold enough to dig into the code, he’d like to see if audio output could be added via Bluetooth. “Not tempting enough for me to get another camera,” a1ex writes on the forum, “but if any of you is willing to look into it, I’ll be here to help.” Hell, that would be a great feature for any camera.

Lastly, Magic Lantern has managed to create 14 bit DNG on the Canon 80D with resolutions at 1080p60, 2008×1128.   You can follow that progress at the ML forums here. But good luck keeping up with the technobabble! For the rest of us lightweights, it’s probably better to stick to their Twitter feed.