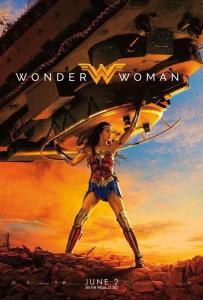 For a long while, I’ve said that there is a lot riding on the Wonder Woman movie. Up to this point, the best film in the DC Extended Universe has been Man of Steel in 2013, and that film divided audiences, at best. From that point, it just gets worse.

Batman V Superman: Dawn of Justice and Suicide Squad may have made some good money at the box office, but they were brutally skewered by critics and many fans. At this point, the DCEU has already struck out three times so no one would blame audiences for skipping out on Wonder Woman.

This is also the first time a female character has been given the lead role in a tentpole superhero film, so it is a litmus test to see if audiences would accept a solo female superhero movie. That would have implications with for Marvel’s Captain Marvel film starring Brie Larson.

Wonder Woman is easily the best DCEU film by far. Not only that, but it is one of the best superhero movies of the past few years. In short, it was a hell of a lot of fun. From the previous three films that make up the DCEU, the big missing ingredient has been a sense of fun. Wonder Woman has that in spades.

Even though this is a superhero film, I’m more inclined to call it a coming-of-age story. Diana Prince starts off as a character who is absolutely sure of what’s right and wrong, which then gets tested throughout the film. Along the way, she encounters the sexism of the early turn of the twentieth century, along with racism against other cultures. The film doesn’t dwell on that too much, but it does go out of its way to point out the classism of the time.

Visually, director Patty Jenkins has made this film her own. She introduces a bright bold color palette to the MCU that has been missing from previous films.

Just like in Batman v Superman, Gal Gadot has completely impressed me for her representation of Wonder Woman. When she was first announced, there was  quite a bit of backlash to the casting choice, but she has beeen the best part of Batman v Superman.

DC has also finally figured out how much connective tissue they need to lay between these films. While most of Wonder Woman takes place around the tail end of World War I; it is bookended in modern day that ties into her relationship with Batman. It’s a nice bit of continuity, but it definitely doesn’t get in the way of this film.

Here’s the trailer for Wonder Woman: