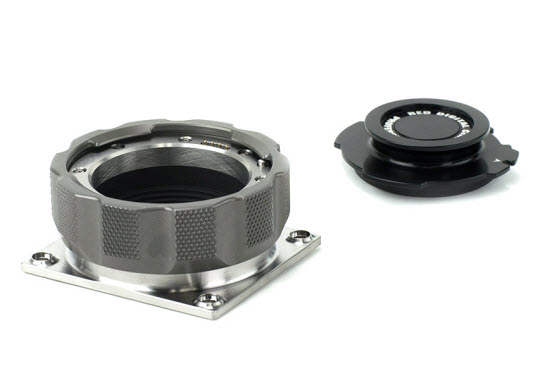 When RED’s Jarred Land made a cryptic post on RED User Forums last week, that RED Users had better make it to NAB to see what they had in store, he wasn’t kidding. Not by a long shot. Because it looks like the killer catch phrase at this year’s NAB, is “global shutter.” And although Blackmagic may have nipped RED at the finish line with news of a Global Shutter in their new 4K Blackmagic Cinema Camera, RED’s new RED Motion Mount Global shutter add-on announcement is the next big thing to combat the dreaded rolling shutter issues of CMOS sensors. And RED’s version looks to be an optional add-on that will send all data directly to the sensor all at once, rather than from top to bottom. But the question is, can you afford it?

The RED MOTION mount not only incorporates an integrated 8x Electronic ND filter in adjustable 1/100 stop granularity, but also overtakes the sensors timing to give you a true global shutter. All integrated and controlled by the camera UI. Eliminates Shutter Judder and defeats temporal aliasing.   You really need to come by the booth and see this one working. $4500. Shipping Fall. – Jared Land, RED User Forums

According to Planet5D Blog, the Global Shutter that RED is announcing looks to override the CMOS sensor altogether, but I think they mean that it bypasses the RED’s onboard shutter and dumps the visual information directly onto the sensor itself, otherwise, they’d be cannibalizing the Dragon processor upgrade program which was also announced to be finally starting.  And the key is in Land’s post, where he says that the shutter, which also has an electronic ND filter, overtakes the sensor’s timing and is controlled by the camera’s UI (that likely means a firmware update). 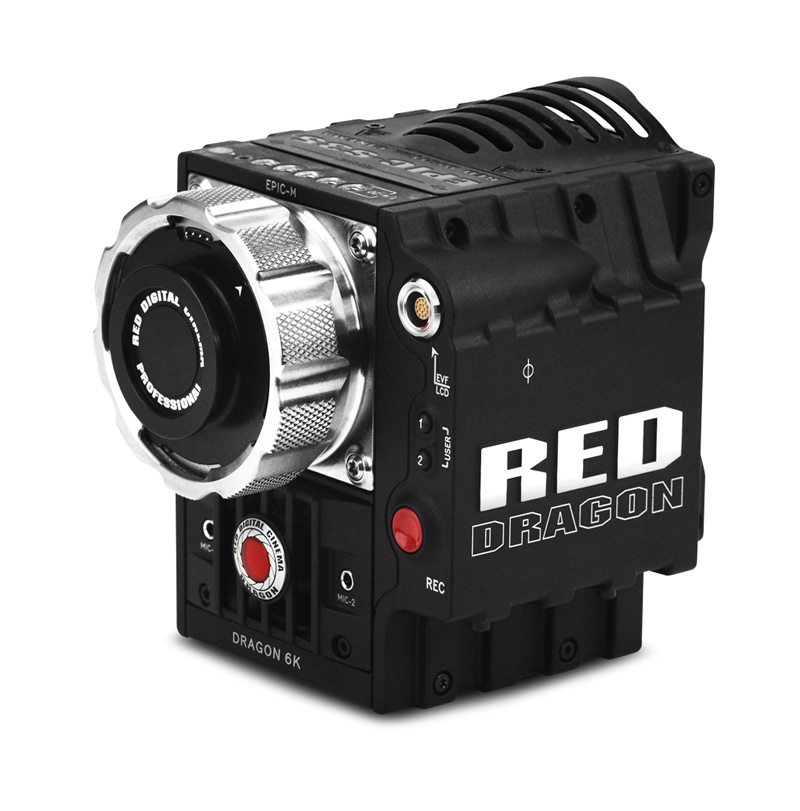 We finally have received the new ASICs to begin the process of upgrading Epic and Scarlet Cameras to the Dragon Sensor. Tomorrow (Monday): EPIC-M owners can pre-order the upgrade for $9500. Early adopters can pre-order the upgrade for $8500 ($1000 credit when invoiced). New EPIC-M Dragon pre-orders begin tomorrow for $29k. Ships after existing Epic-M owners have had opportunity to upgrade. Thursday: EPIC-X non-early adopters can pre-order upgrade for $9500. And you can add a Rocket-X to your order for $4495. After you place your upgrade orders tomorrow (EPIC-M or early adopter) or Thursday (Remaining Epic-X customers) you will be sent instructions on when to sent your camera in for the upgrade over the following weeks.  Epic Dragon 6K. 6144 x 3160 up to 100fps. 3 additional stops over Epic M-X. Scarlet customers, we will be giving you the option to upgrade to the Epic M-X or directly to 6K DRAGON sensors and ASICs. Details will be announced tomorrow morning for upgrade pre-orders beginning on Thursday. – Jarred Land, RED User Forums

And what’s really cool about finally starting up the Dragon upgrade, is that RED plans to showcase selected cameras going through the process at the RED booth here at NAB!  So you can actually see them do the upgrade live.  That’s pretty sweet.  But they warn that they already have enough cameras scheduled, so don’t bring yours and ask.

In addition, RED also announced RED ROCKET-X, a video card which enhances transcoding and playback abilities of R3D files in various resolutions in real time speeds, and at five times faster than the previous version, but with a stunning $6750 msrp ($5750 for “early adopters”), and the RED Proxy Module which will record 1080p DNxHD, H.264, and ProRes proxy files. Connects via included HD-SDI cable to RED Mini Mags. $2500.  Lastly, there’s the DSMC FAN 2.0 Upgrade Kit which includes a quieter fans for both top and bottom fan systems.  $450 for kit. $250 each.

I gotta say, this is all a huge deal for RED users as it give serious freedom to move the camera and not worry about rolling shutter. But let’s face it, that global shutter add-on is pricey.  $4500?! And you add on to that the Dragon processor upgrade which is now $9500?! What happened to $6k for 6K? I guess you had to be an early, early adopter to get that price. Yeah, both options are must haves, but come on. RED user Josh Beadle may be onto something when he writes – “All these expensive parts can be purchased separately for existing cameras or as a complete unit being the all new Epic II. It will be cheaper to just buy the new body than all the new bits. Some will stick with their existing Epic with a couple new parts – others that want it all will take the $10000 trade-in allowance or whatever toward the all new camera body.”

And that’s likely REDs ultimate goal, to get users to upgrade out of legacy hardware and just buy a new rig.