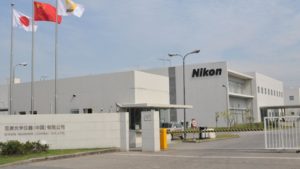 Remember the Flip Camcorder? Cisco paid over $4 billion to buy the company back in 2010. Then, less than a year later, they shuttered the entire division citing the massive popularity of the iPhone. It seems from their eyes, that nobody would be using cameras in the future. Nikon seems to be learning that same lesson, having closed a digital camera factory in China.

“In recent years […] due to the rise of smartphones, the compact digital camera market has been shrinking rapidly, leading to a significant decrease in operating rate at [Nikon Imaging (China)] and creating a difficult business environment.” – Nikon Statement

Echoing a similar statement made by Cisco nearly a decade ago, Nikon stated that the widespread popularity of smartphones has gutted the digital compact camera business to the point that it is no longer profitable to keep their Nikon Imaging (China) factory in Jiangsu open. Nikon says that in the past year, the global digital camera market has shrunken nearly 90% in the last ten years, with only 4.8 cameras expected to be sold by March of 2018. Down 24% over last year and reflecting an overall contraction of the market for the last several years. By contrast, projected smartphone shipments forecasts continue to be on the rise, indicating around 1.5 billion units being sold worldwide in the same time frame.

Nikon has been contracting their compact business since last summer, when it announced that it would cancel their pocket sized, but higher end DL line of point and shoots, which was designed to compete with Sony’s full frame RX100 and Canon’s M series.  Expecting to be a serious competitor in the category with clean HDMI out and internal 4K recording at up to 120 fps. That would’ve made it a great alternative for the Youtube vlogging set.  With its cancelation, Nikon sought to become more competitive to the higher end market, and it seems that their focus will continue with the closing of Nikon Imaging in China.

The closing of the Jiangsu factory is a major blow to the area, which has employed nearly 2300. The closing of the factory could cause a serious recession in the area as a result. Nikon says that moving forward, they will be focusing more on higher end products like the D850 DSLR, which is manufactured in Japan and Thailand.

If you follow the words of famed photographer Ansel Adams, who said that “the best camera is the one you have with you,” it would seem to make sense. Everyone has a smartphone with them, capable of not only shooting in 4K (for newer models), but also higher frame rates of 240 frames per second. Add to that the extreme compact nature of action cameras like the GoPro HERO6 and GoPro Session and it’s not not all that surprising that the market has shrunk as rapidly as it has.  Even GoPro has been challenged to compete with lower end action cameras chipping away at their profit margins and a shrinking market share.

Next up on the extinction list, will likely be camcorders. So in the next few years, all we may see left are smartphone cameras, and high end cinema and DSLRS. The shakeout continues, and it’s becoming increasingly clear that Cisco saw it coming a mile away.

Now that Nikon has finally upgraded the firmware in their Z series mirrorless cameras (and ultimately the D850 and D500 models) to allow shooters to write images to CFExpress, rather than XQD, you can expect […]