While Nikon has taken great measures to assure the high quality expected of Nikon products, it has come to our attention that the vibration reduction (VR) feature in some Nikon Z 6 and Z 7 cameras may not function fully. Nikon has resolved this by making available corrective service for affected Z 6 and Z 7 cameras free of charge, even if your Z 6 or Z 7 camera warranty has expired. – Nikon Service Advisory

Let’s get the bad news out of the way first. The recall affects only a small batch of Z6 & Z7 cameras and Nikon will repair affected cameras for free, including shipping, to and from an authorized Nikon facility. Regardless of warranty status.

The fix can’t be done with a simple firmware update, and so affected users must ship their cameras to Nikon for a hardware repair.  To see if your Z6 or Z7 mirrorless camera is affected, you can go to the links below to input your serial number:

If you can’t find your camera’s documentation to input the serial number, you can look behind the pull out LCD screen to see the placard that has the number on it, right next to a QR code. See the image to the above. 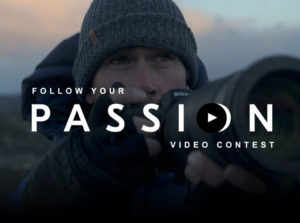 Additionally, sales figures show that the Sony A7III is outselling both the Nikon Z Series and the Canon EOS R series combined. That isn’t really good news for Nikon, who’s well crafted hype before launching the Z line got plenty of shooters excited. But that hype hasn’t translated well to sales, prompting Nikon to have several special offers, including trade in value on any DSLR, bundling in the FTZ Mount adapter,  and now a “test drive” program and contest, called “Follow Your Passion.”

This is where the news begins to get better for Nikon. Nikon’s Follow Your Passion contest will give shooters the opportunity to enter a short film with the eye of winning a grand prize of $25,000 and a Nikon Z6 Filmmaker’s Kit. But the catch is, the film must be shot on either a Z6 or Z7 camera. Second will receive a $10,000 cash prize, and both second and third place winners will receive a Z6 Filmmaker’s kit worth $4,000.

To that end, they are giving shooters who don’t own a Z series camera the opportunity to rent the Z6 Filmmaker’s Kit for a weekend at $99.95 or a full week for $149.95. Since they believe that filmmakers will fall in love with the Z6 if they use it, this is a golden opportunity to give the Z6 a test drive and make a short film at the same time.

Full contest details, including rules can be found by visiting www.followyourpassion.com.

I’m not sure if the rental Z6 and Z7s will be loaded with the upcoming firmware update that supports 12 bit ProRes Raw external recording through an Atomos Ninja five monitor recorder.   That will be available this summer user wide. But until then, users can update to the latest firmware update which includes Eye Autofocus.

The Eye Autofocus feature, similar to the likes of Sony and Fuji, will identify the eyes of the subject, lock onto it and maintain focus on the subject more accurately. Other features include:

Users can update their Z series camera from the Nikon website here.

UPDATE: The deadline for submitting your project to the 40th annual Telly Awards competition has been extended to April 5th. You may not ever win an Oscar or an Emmy, but as a content creator, […]