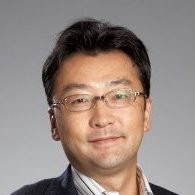 We deeply apologize for causing serious inconveniences to our concerned parties, including customers who are looking forward to products. We will make every effort to deliver it as soon as possible to meet your expectations, so we appreciate your kind understanding. – Nikon’s apology that the Z7 will be in limited supply (via Nikon Japan)

The news came out of an interview with Nikon Imaging Business Development Director Hiroyuki Ikegami, who told Japanese website MYNavi.jp that Nikon is working on a professional model that is similar in design and features to the Nikon D5.  Ikegami mentioned the professional model in passing, while comparing the Nikon Z7 to the Nikon D850. “Everyone judged that the Z7 is a high image quality model equivalent to the D850,” Ikegami said. He was then asked if Nikon was planning to create a full frame mirrorless model that would rival the flagship D5, and Ikegami merely said “please expect.” That’s a nice way of confirming it without giving too much in the way of details.

Ikegami also said that the company could have made the Z series smaller, in keeping with the popular notion that mirrorless cameras are lighter than their DSLR counterparts. But when looking at the 56mm Z mount lens design and how much light it would bring into the sensor, plus it’s 16mm flange distance, the decision to incorporate these two design features were considered to provide the best possible image quality without compromise. So it sounds like Nikon isn’t obsessed with making their cameras smaller, only better.

Speaking of the Z mount, Ikegami also pointed out that the company has no plans to support third party z mount lenses for the camera line, but he says that Nikon expects lens makers will likely reverse engineer their own to independently develop lenses for the Z series.

Ikegami also dispelled the notion that Nikon was so focused on mirrorless moving forward, that the company could be abandoning its DSLR users. The translation is a bit dodgy, but Ikegami stated that the opposite is true. From Google Translate: “We will not be inclined to mirrorless, we will develop with two pillars with single lens reflex. “Nikon’s policy is to make firm products in each of the Z (mirrorless) and D (single lens reflex).”

Ikegami didn’t say when the “Z5” (if we could call it that) would hit the market, but if Nikon is indeed working on it, would that cause professional to want to take a wait and see attitude on the Z7 or Z6? I doubt it. They’d probably just shift it to a secondary backup role.

My how quickly fortunes can turn around.

By James DeRuvo (doddleNEWS) Now that Nikon has made the D850 official, everyone has been raving about this jack of all trades prosumer grade DSLR. And rightfully so as it may just be the best new workhorse […]

Will XQD Media Cards Thrive in an 8K Future?

Since Lexar died last year, only to be reborn in its phoenix like glory this year, the XQD media card format has undergone a kind of Renaissance. Not only is Nikon offering its own brand […]