After being inexplicably dumped by director Ridley Scott – Noomi Rapace will appear in the upcoming Alien: Covenant.

Deadline reports that the Swedish actress, who played the lead character Elizabeth Shaw in Prometheus, has joined the production in Australia to ‘shoot weeks worth of scenes.’

This is surprising given that British filmmaker Scott told the Daily Mail (via Nerdist) in January that the star would not be reprising her role as Shaw. And when the official synopsis for the sequel was released, there was no mention of her character.

Prometheus, which was a prequel to Scott’s classic Alien (1979), ended with Shaw’s character and Michael Fassbender’s robot David 8 chasing after the ‘engineers’ – the alien lifeforms which apparently created the human race.

While many fans and critics were divided over Rapace’s performance in the film, inevitably comparing her to the franchise’s iconic heroine Ellen Ripley (Sigourney Weaver), it is encouraging to hear that we will at least get see what happens to her character.

What we do know is that Fassbender’s David encounters the crew of a cargo ship, called Covenant, on an alien planet, which possibly features the ‘engineers.’ The new crew includes Katherine Waterston, Billy Crudup, Danny McBride and Demian Bichir.

Speaking of McBride, here is a new image featuring the actor and Scott (via the official Twitter account): 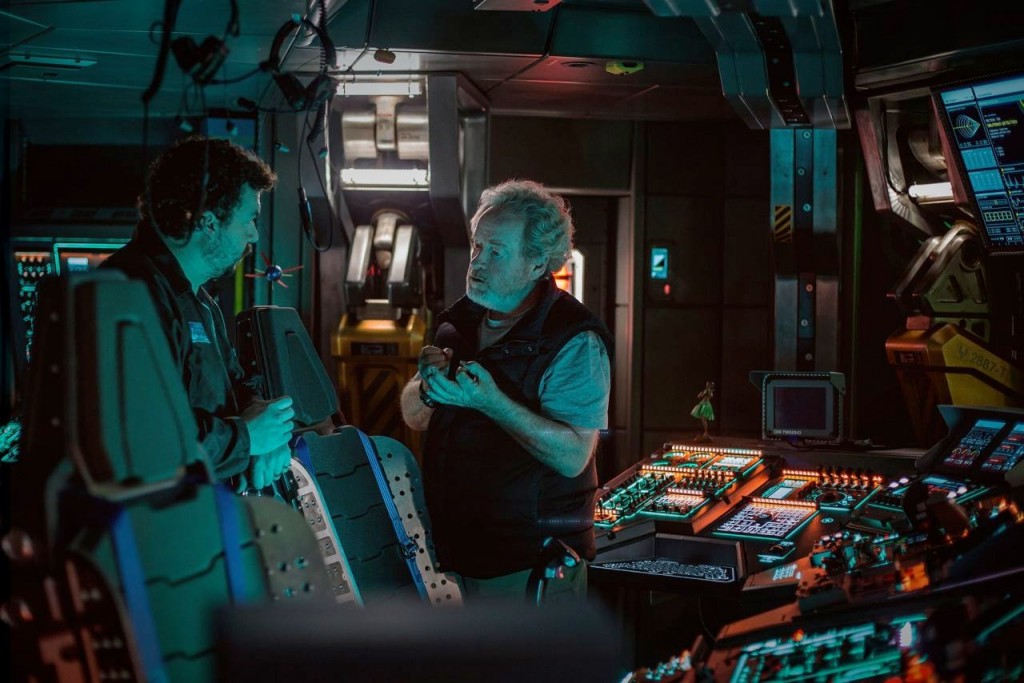 Steve Jobs actress Waterston plays a character called Daniels, who is rumored to be…