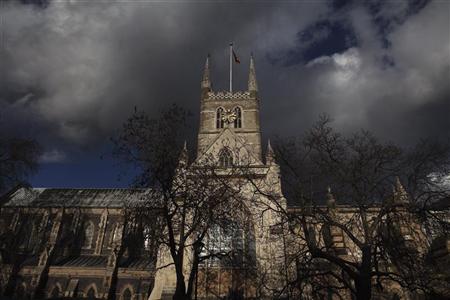 LONDON (Reuters) – An archivist at the British Film Institute has stumbled across a 1901 movie just one minute long which turns out to be the earliest surviving film featuring a character from the works of Charles Dickens.

Bryony Dixon was researching early films of China when she noticed an entry in a catalogue referring to “The Death of Poor Joe”, which she realised could refer to a character in Dickens’ “Bleak House”.

Not expecting to find a film to match the catalogue entry – most movies this old have not survived – Dixon was “astonished” to discover the film was actually in the BFI’s collection, albeit under a different title.

The discovery was announced on Friday, just over a month after the bicentenary of Dickens’ birth was celebrated around the world.

“It’s wonderful to have discovered such a rare and unique film so close to Dickens’ bicentennial,” Dixon said. “Not only does it survive but it is the world’s earliest Dickensian film! It looks beautiful and is in excellent condition.”

Dickens, the author of classics like “Great Expectations”, “Nicholas Nickleby” and “Oliver Twist”, is among the most revered novelists in English literature, and he remains one of the most-adapted writers in history.

Before the BFI’s latest discovery, the earliest known Dickens film was “Scrooge or Marley’s Ghost”, released in November 1901. It remains the earliest direct adaptation.

“The Death of Poor Joe” has been identified as the work of British film pioneer G.A. Smith and is believed to have been filmed in Brighton some time before March 1901.

It depicts Dickens’ Jo, a poor street sweeper in Bleak House, at night against a churchyard wall freezing in the winter snow with his broom.

A watchman comes along and catches Jo just as he falls to the ground dying. The watchman tries to help but it is too late, and Jo puts his hands together in prayer, taking the lamp for heavenly light as he dies.

According to the BFI, the short film may actually have been inspired not only by Dickens but also Hans Christian Andersen’s “The Little Match Girl” in which a child dies in the snow while fantasising about the warmth she needs.

In the film, Jo (spelled “Joe” in the catalogue) is played by a woman called Laura Bayley, who was G.A. Smith’s wife.

The film will be screened as a special addition to the programme of Dickens: pre-1914 Short Films on March 9 and 23 at the BFI in London.