After five years of development in partnership with Fujifilm, Panasonic has unveiled their new 8K organic camera sensor, originally announced last February. And it’s inside the new AK-SHB810 camera.

The modular AK-SHB810 is designed to shoot in 8K, 4K and HD through a newly developed organic photoconductive film CMOS sensor, which promises high speed noise cancellation, as well as great dynamic range in high contrast and harshly lit scenes. The Panasonic/Fuji SHB810 will also shoot in 60fps and have a global shutter.

The AK-SHB810 will also connect to a PL lens mount and will record via Panasonic’s AK-SHU810 processing unit. The camera is primarily designed for broadcast applications, but Panasonic says that there are plans to expand its capabilities to cinema camera applications as well. It is expected to launch in late 2019, so look for it at the Panasonic booth at NAB in the Spring. 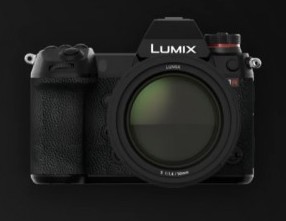 Speaking of Panasonic’s cinema camera plans, there’s an emerging rumor brewing that the sensor design used in the new S1R full frame mirrorless camera may be used in a future design which will supplement the Panasonic EVA1 and go after a lower cinema camera category that the Canon C200 enjoys. If Panasonic ever did map out an S1 cinema camera, it would certainly put it in direct competition with the Blackmagic Pocket Cinema Camera 4K, and the Sony FS7.

The rumor, actually more of a thought experiment, comes from the dvxuser filmmaking community board, which says that the S1 sensor could be the heart of a “perfect filmmakers camera” and could include the following specs:

Thing is, I don’t think it exists, except maybe in a Panasonic lab somewhere as a prototype. But it did catch the attention of NoFilmSchool, that it has to have some intrigue as to the possibilities. Personally, I’m not sure that yet another 4K camera will be as sexy as an emerging 8K future, but if it’s low cost to lure those looking to upgrade to a more advanced cinema camera setup, it could find its market. In addition, I think it could also end up cannibalizing the interest in the Panasonic EVA1. Then again, we’ve seen that before from all the major camera manufacturers, who have found a niche for a mid range prosumer cinema camera in between the DSLRs and MILCs, and the higher end cinema rigs. I think it would all come down to price and specs, and if Panasonic pays attention to user forum pipe dreams.

RED’S 8K Helium Gets Pushed To Its Limits

By James DeRuvo (doddleNEWS) When RED sold out of their first round of Helium 8K Cinema Cameras in less than a half hour, we knew it would be only a matter of time before we’d start […]

By James DeRuvo (doddleNEWS) Starting a new feature here on doddleNEWS, called 20 questions. We want to get up close and personal with some of the movers and shakers in our business, finding out where […]

RED Teaming Up with Lucid for 4V Cinema Camera

By James DeRuvo (doddleNEWS) Usually, summer is the time where things get a little quiet. NAB has passed, and aside from CineGear, we don’t really expect to hear anything huge until the Fall. But RED […]