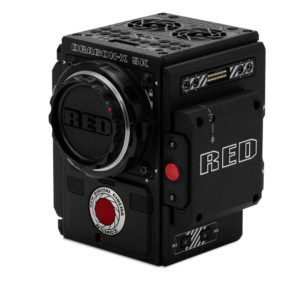 Earlier in the year, RED streamlined their product catalog with the goal of retiring camera platforms that weren’t DSMC2/IPP2 ready. That has freed up room for the next generation of camera designs, while leaving a popular model like the RED Dragon open got upgrading. And this week, RED announced that Dragon will become IPP2 ready with a new 5K camera brain.

You guys kept asking for it so we finally brought the Dragon into the unified DSMC2 camera system. Redesigned the sensor board to accommodate on camera IPP2. Increased data speeds courtesy of the unified DSMC2 boards.  5K full format at 96fps, and 120fps at 5K 2.4:1. Upgradable/Interchangeable sensor with the rest of the Unified DSMC2 Lineup. – Jarred Land, REDUser Forums

Based on the RED Scarlet-W design, the new RED Dragon-X brain houses a Super35mm sensor which offers 5K video at up to 96fps using RED’s DSMC2 architecture, and its IPP2 image processing system. With 16.5 stops of dynamic range, Dragon-X can reach up to 120fps in 2.40:1 mode, and can  reach data transfer speeds of 300 MB/s while recording in both Redcode RAW and Apple ProRes. Avid DNx codecs are also supported. 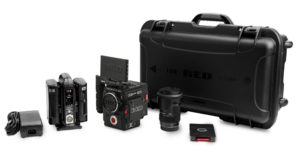 But what an upgrade path?RED’s Fire Chief Jarred Land says that it’s actually more affordable to just go out and buy the DSMC2 RED Gemini, rather than opting for the upgrade path, and being Gemini, you get better low light performance. “The math won’t make sense right now,” Land wrote on REDUser Forums. “You can go to a dealer right now and buy a Scarlet-W from them and pay the upgrade to DSMC2 Gemini but buying a DSMC2 Gemini new outright is cheaper.”

But in true RED fashion, there is an upgrade path for those who prefer to keep using their tried and true rigs. If you have have a Scarlet W,  or a DSMC1 Dragon model, the breakdown is as follows:

To upgrade to the Dragon-X sensor from the Scarlet-W will cost $4,950.

Land also said that users of the RED Raven can go through the upgrade path as well, but he stresses it’ll be for a limited time only. Writing on the Raven Facebook group, Land said … $8500 to go from Raven to Dragon-X. But I am only doing one line, for one week sometime likely in January, after the dust settles to do any and all Raven upgrades.”

Land said that Raven upgrades require a lot more parts and time in comparison to upgrading Scarlet-W. So he’s going to be offering it, in a semi unofficial capacity for a week, and that those who want it, will have to physically bring their Raven into the shop to do it. You will not be able to buy the upgrade from RED.Com.

So if you’re a Raven user, and you want to upgrade to DSMC2, get ready for a trip to LA. If you’re a Scarlet-W user, may want to list that old Scarlet on eBay and buy the new Dragon-X outright.

By James DeRuvo (doddleNEWS) RED has developed a new image processing workflow for their cameras, future proofing the platform as the film industry moves towards high dynamic range. Dubbed IPP2, the workflow will spread across […]