RED has developed a new image processing workflow for their cameras, future proofing the platform as the film industry moves towards high dynamic range. Dubbed IPP2, the workflow will spread across all cameras, their new HDR displays, software, and firmware. In addition, their Helium sensor just received high marks.

“We continually focus on technology advancement, and the introduction of HDR displays was a significant driver to the development of the new pipeline.” – Graeme Nattress, RED’s “problem solver” to Post Magazine

RED’s IPP2 workflow features on set HDR monitoring controls with which to push the image according to the current state of the art when it comes to standards for high dynamic range. It provides better color management, smoother handling of RED’s dynamic range to get even greater detail in the shadows, more accurate skin tones, and a better de-mosaicing algorithm with which to enhance RED’s 6K and 8K resolution platforms. 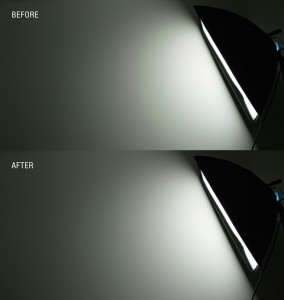 RED has also created a new color gamut called REDWideGamutRGB, which can identify virtually every color that your RED camera records, so that your post-production workflow can adjust it to be as accurately depicted in the image as possible.

There’s also LOG3G10, which encodes the tonal range of your RED cameras to make the color tone more accurate. Log3G10 maps 18% of mid gray tones to one third of the code value, or 10 stops above mid gray. REDLogFilm and Cineon specifications will also squeeze out every stop of dynamic range your camera can record and utilize it to make as great an HDR image as possible.

At the same time that IPP2 was being developed, Red was planning new camera bodies, so owners of cameras with Helium sensors will get the appropriate hardware in the body to run the new pipeline in its totality,” says Nattress.  “They can see the results of the pipeline while they’re shooting.”

The IPP2 workflow was developed side-by-side with RED’s Helium 8K cameras, which Nattress says can take full advantage of the IPP2 workflow. So much so, that a recent benchmark test by DxOMark gave the Helium its highest mark ever.

Calling the Helium a worthy solid upgrade from the Dragon platform, David Cardinal of DXOMark stated that “RED’s prototype Helium 8K sensor has shattered our previous top DxOMark sensor score”  with a dramatic jump to 108. “Their low noise and support for 16-bit RAW output make them worth evaluating as tools for capturing still images,” concluded Cardinal.

Nattress points out, however, that all RED customers will be able to enjoy the benefits of IPP2. Even more so, existing footage shot before IPP2 can be brought into the updated REDCINE-X Pro Software and then remastered to harness those IPP2 benefits in high dynamic range.

“We’ve tried to give everyone the tools to get the data they need for the way they want to work,” added Nattress. “Anything that reads the R3D files — any codec, any color correction system — will be able to access the CDL metadata.”

“We’ve dialogued with post houses about best practices for using IPP2,” says Nattress. “Working with them has been a critical part of the process in developing the workflow.”

RED is sending teams to post-production houses all over the industry to show them the IPP2 technique and how it will  fit into their existing workflows. The company is also providing an updated SDK in order to integrate IPP2 into your NLE and color grading software packages.

The company also continues to fine tune the IPP2 scheme by beta testing it with select cinematographers, which have been providing feedback. These shooters have reported not only better skin tones and color handling, but that the footage has a three dimensional look to it for a much more natural and visually appealing image.

“They were able to get the look they were going after much faster than before with less manual intervention,” Nattress concluded.

For further information about IPP2, check out RED’s white paper at: https://www.red.com/downloads/585358faf01b3062ab0009f8. There’s also a great conversation going on at the RedUser Forums here.

Undeterred by several delays and the lackluster reception of their innovative Hydrogen One smartphone system, RED’s Jim Jannard has announced the development of the second generation Android device with a redesigned camera module and an […]

By James DeRuvo (doddleNEWS) When the digital revolution struck, Panavision was nearly knocked down for the count, as it was slow to evolve past it’s film roots. But when they teamed up with RED to […]

RED has announced that thanks to their partnership with NVidia, their latest RED Cine-X Pro Software for Windows has come out of Beta and is ready for prime time. And what that means is, the […]