By now, you know everything that there is to know about RED’s upcoming Hydrogen One Smartphone, except the shipping date! Well, the good news is, that the worst looks to be behind RED, as they have announced a rock solid release date for their game changing holographic smartphone.  RED founder Jim Jannard has set the release date of November 2nd, with preorder phones being shipped as early as a month earlier.

November 2nd. This is the carrier launch date for AT&T, Verizon and Telcel (Mexico). Price will be $1295 for aluminum Black and Shadow. We appreciate the patience and support that the carriers have shown the past few months. – Jim Jannard, Hydrogen User Forums

Saying that a critical part in the Hydrogen One smartphone needed to be retooled due to a certification issue, Jannard went on to say that the first Hydrogen One smartphones will be shipped to preorders on October 9th, but he points out that the Black aluminum models will ship first in both shipping dates, along with the Shadow models in the November release. 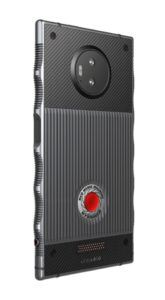 As for the Titanium models, Jannard added that manufacturing a titanium smartphone casing has proven to be very challenging, and as such, those models will have to follow “shortly thereafter” the black aluminum models are shipped on October 2nd. As for the November shipping date, Titanium will not be available  until after the first of the year, and even then, in limited quantities. “The Ti version has proven to be very challenging in production,” Jannard wrote. “My bet is that these will be highly desirable and extremely hard to get for several months even after the official launch. If you were brave on this one, you will be rewarded with scarcity.”

What is Houdini? It is a developer’s pre-release model of HYDROGEN. Join the HYDROGEN Army and help us tune it up before the official launch.

But that doesn’t mean that phone’s won’t be sent out before October. RED is planning to ship out a limited number of Developer units called the “Houdini Developer’s Model” between or around August 31st and September 11th. Those models will be limited to users who have already pre-ordered the device and will be selected to help fine tune the final software before shipping in October.

Jannard says that the current pre-release firmware and software is almost locked and works very well, but that several of RED’s apps need to be fine tuned with the firmware before launch, and that’s where RED is planning a kind of pre-release beta for about two weeks to shake out all the bugs. The apps currently being dialed in include the Camera app, the color science app, and the 3D/4V conversion apps. Since those are hallmark applications in the Hydrogen One, it’s easy to see why RED wants to iron any potential bugs out of the mix.

Jannard also said those who are accepted into the “Houdini Army” will be allowed to post pictures of the outside of the device. Also, post good pictures on your socials that you take with the camera. If there are bad images, Jannard’s team wants to know how and why, so they can iron out the camera app’s code.

However, if Houdini users are curious about just what makes the Hydrogen’s 4V technology work, Jannard cautions not to open up the device and look inside. That could cause damage and Jannard warns that they have the right to “brick” any phone that violates the Terms and Conditions. Besides, thanks to RED’s FCC application (which has approved the phone), we can have a glimpse at the inside:

To qualify for Houdini you will need to:

To sign up, send an email to this address – houdini@h4v.com.  But Jannard warns that Houdini members will be, in essence, trading their pre-order model, for the Houdini developer model. You will not be getting a second phone.

Finally, while Jannard is happy to set the shipping date as “firm” for Hydrogen, he also admits that the date can also slip should an unforeseen complication arise: “This is a difficult project and there is a remote possibility that something could come up to further affect the schedule,” Jannard cautions realistically. “While the odds are pretty low for that happening, it is still possible.”