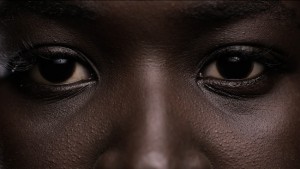 When RED sold out of their first round of Helium 8K Cinema Cameras in less than a half hour, we knew it would be only a matter of time before we’d start getting some footage. We got a short film when Jarred Land gave his personal Helium to a 19-year-old filmmaker, and it was very good. Now another filmmaker has posted a reel and it’s nothing short of remarkable, especially when you compare it to the EPIC Dragon.

“What is (the RED Helium) camera’s point of difference when compared to the others, so I decided to shoot things that have always tripped me up. I decided to push hard, push past its limits, and see where we ended up.”  – Mark Toia, Filmmaker

The Underdog was a good start, but it was more about the story than a camera test to push the limits of the Super 35 8K sensor, and see just where it would break. Australian filmmaker Mark Toia took his Helium out and did just that.

Toia’s tests took the Helium into low light, bright ambient light, and mixed light, pushing the limits to see just how good RED’s camera is, and where it would be start breaking bad. And honestly, I’m not sure there is such a place. The footage above, entitled My Future With RED 8K, is simply stunning, and Toia says that while the Helium isn’t perfect, no really camera is.

The filmmaker says with the Helium’s 8K sensor sees richer colors, deeper blacks, and creamier tones. But the real stand out for Toia is that Helium is able to push into higher ISO’s and deeper into the blacks, and still maintain sharper detail than even the larger 6K DRAGON sensor.

“This is the bit that made me say ‘wow,'” Toia remarked. “And to be honest, it’s the part that pretty much sold me.”

Toia says he tries to stay in Raw for as long as he ccould, color correcting in it before he has to transcode into any other codec. This gives him plenty of flexibility in post to take the color and light data where it wants to go, and he says that the RED sensors have never gotten in the way. He also says he can’t really tell if the Helium’s sensor is sharper, but it doesn’t really matter.

“People tend to blame the sensor, when 99% of the time, it’s the lenses dictating what you’re seeing on the screen,” Toia defends. But he also admits that sensors have gotten so good that they’re showing all the imperfections of the image. He’s also OK with that, saying that’s really what draws the human eye. “Those imperfections are the charm, what people love, and at the end of the day, the 8K sensor is going to capture what you through at it.”

Toia says that RED’s 8K Helium isn’t going to give him everything he wants in a camera, but no camera can, because of the limitations of the technology, but the 8K Helium “ticks the most boxes,” which include size, weight, dynamic range, high frame rates and a laptop-capable Raw workflow. “The RED *K Helium is without a doubt my camera of choice now,” Toia declares, “until RED brings out a 12K version, that is.”

By James DeRuvo (doddleNEWS) How many of you bought the late-2013 Mac Pro, originally announced in June 2013 and released that December, and only now has been updated. In the meantime, Apple did something unprecedented […]

By James DeRuvo (doddleNEWS) Ever since teasing the faithful with vague images last fall, Jim Jannard has been dropping small details about the RED HYDROGEN ONE smartphone, like breadcrumbs. But as the design is close […]