Forged starts shipping in 2 weeks … the demand for Forged kinda surprised us… So we are making a bunch. It’s a legitimate part of the lineup now and anyone can upgrade their order to them if they want. Probably will take at least 6-8 weeks to get through all those then the Regular Carbons begin. – Jared Land, Facebook 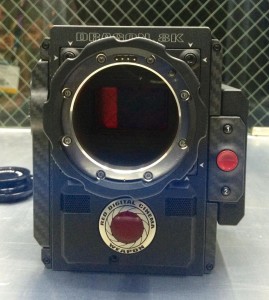 The 8K RED WEAPON with the Vista Vision add-0n, now referred to as WEAPON “Forged,” has been quite the success since Land leaked the picture below on Facebook showing the full frame 35mm sensor that will be the heart of the Vista Vision platform.

So much so that RED is making the carbon fiber based brain and body a legitimate part of the product line, rather than just a special limited edition early bird feature. The 8K sensor is 40.96mm x 21.6mm and capable of recording 8192 x 4320 pixels @ 75FPS.

If you order 8K (before NAB), you will receive 6K Weapon when 6K ships the beginning of July and be upgraded when 8K ships. – Land 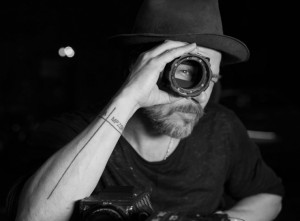 If you bought into the excitement about shooting digitally old school with an ultra wide screen Vista Vision option, you were able to get your WEAPONG “Forged” for $10,000 before NAB. VERY EXCITING. But in order to do that, you needed to have your EPIC or SCARLET upgraded to Dragon before NAB, and your faith is about to be rewarded since WEAPON Forged will ship in two weeks. Now that this has passed, anyone can upgrade to WEAPON, but the 8K Vista Vision upgrade will set you back twice that… $20,000.

But the good news is, that you’ll get it sooner, rather than later. Land says that it will take about six weeks to two months to get the Weapon Forged pre-orders from NAB done, and then they’ll be shipping out for anyone that wants one. And it all starts around July 16th.