CrumplePop offers a plethora of plugins for Final Cut Pro X and Adobe Premiere editors (Mac only) at affordable prices. After reviewing their fantastic audio plugins, AudioDenoise and EchoRemover, I wanted to take a look at two of their video plugins, AutoWhiteBalance and FaceBlur, which automatically corrects footage that isn’t properly white balanced, and adds a blur to a face, logo, screen, etc., respectively.

It happens to the best of us, even with the best camera technology: Your shot isn’t white balanced properly, and it could be subtle or bad. You have been filming inside or outside, and you notice the footage is slightly orange or blue. That’s where CrumplePop AutoWhiteBalance comes in.

Sure, there are plenty of tools to help you fix the white balance issue, some more effective than others. For my most recent film, Nobody’s Tomorrow, we opted to color correct it before dropping a plugin called FilmConvert to dial in our ‘look.’ And believe me, the white balance issue was very subtle, and only on a couple of reverse shots; my cinematographer MEL (Michael Eldon Lobsinger) had to point it out to me. AutoWhiteBalance would’ve made correcting those couple of shots much quicker, so I could get back to editing the movie.

For my test, I used some footage that was slightly blue, but was corrected during post-production. To be completely honest, I pushed the blue in the original footage just a little more to duplicate the look that sometimes plagues filmmakers and videographers. I then dropped the CrumplePop AutoWhiteBalance plugin onto the footage, which is set to Auto by default. The footage was corrected, but I adjusted the slider to make it a little more accurate. I didn’t add any color correction beyond the plugin.

I like AutoWhiteBalance, because like other CrumplePop plugins, it’s easy to use and doesn’t require a lot of extra work on my part. But I do kind of wish this one had more than just the slider to fine-tune it more.

I give it 4 / 5 stars, because the price can’t be beat at $59, but I wish it had just a couple more controls to fine-tune the correction. And I love how fast it corrects the footage. Learn more and purchase here. 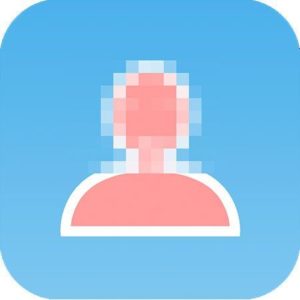 FaceBlur is a Final Cut Pro X-only plugin that easily allows you to add a blur to someone’s face, or perhaps a logo or image on a shirt, obscene gesture, etc. It will automatically track a person or object, even if they’re moving. Best part: No key framing required. You can control the blur to be more pixelated, or less (and more of an actual blur), plus other controls.

For my test, I used two clips from a short film I directed a few years ago, Hellevator. FaceBlur has no problem tracking actor Greg Nappo ad he delivered his monologues. On the elevator, FaceBlur smartly tracked Greg’s occasional head movements, and did even better during the walk down the hall, including when Greg turned his head to yell over his shoulder.

I ask this from time-to-time, with tongue in cheek, where was this about 10-15 years ago? To accomplish this type of tracking on a budget, we would have to key frame the heck out of it.

Also included is PlanarBlur, which will blur flat objects like a screen, in case you have filmed something with something copyrighted on a TV in the background. And like FaceBlur, it will automatically track it.

I give it 5 stars out of 5 because of how well it handles the blur and tracking, and is a ‘steal’ at $99 for the features that come with it. Learn more and buy it here.

Two floating timecode windows are new with the 10.4.4 update to Apple Final Cut Pro X. One displays source timecode and the other displays project timecode. Both work exclusively with projects that are open in […]

A new Premiere Pro CC Tutorial By Andrew Devis (doodleNEWS) As I mentioned in an earlier post, there are various methods of animating your audio inside the Audio Clip and Audio Track mixers in Premiere Pro. […]