Marvel icon Stan Lee has died. He was 95. We knew this day was coming, we just hoped it wouldn’t. In 2016, I came across a bit of news that Guardians of the Galaxy director James Gunn had been given a very important task by Marvel. To shoot the next handful of Stan Lee cameos that would take place in the next few years. This was because the comic book legend was 95 and in failing health. That bit of foresight will give Marvel Fans a way to say goodbye.

“And it was definitely one of the most fun times I’ve ever had on set. I just kept throwing lines at him one after the other, until we were all doubled over with laughter. Someday, after you’ve seen the movie, maybe Marvel Studios will let me share some of those with you. There are few people in this world I love and admire more and have more fun with than Stan Lee. Even though he does love breaking my, and everyone else’s balls … – James Gunn 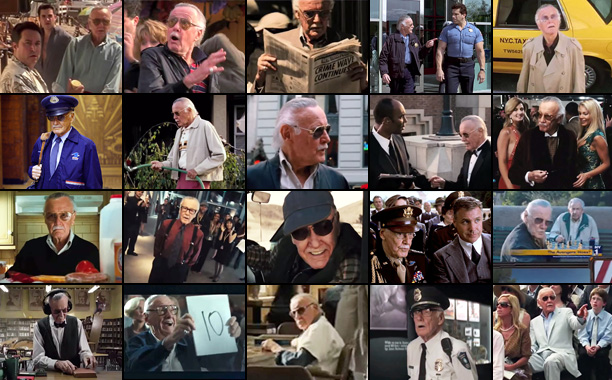 I really don’t know what I can say about Stan Lee that hasn’t already been said. Any Marvel Fan knows his story. And although Lee wasn’t the guiding force behind Marvel Comic’s dramatic turn around and incorporation into Disney, he has been the heart and soul of the Marvel Cinematic Universe by his legacy, and his fun and campy cameos, which every fan looked forward to. My personal favorite was the one from THOR, where Stan is trying to pull Thor’s Hammer (Mjölnir) from its resting desert place and rips the bed right off his truck when it wouldn’t move. To which Lee quips “did it work?” Hilarious.

So much so that fans created a theory that Lee was one of the Watchers in the Marvel Universe, with the task to bear witness to it all. It became so popular that Marvel confirmed that Lee was affiliated with the watchers with his cameo in Guardians of the Galaxy 2.  “Yes, we always thought it [the theory] would be fun,” Marvel Studios head Kevin Feige said in an interview. “Stan Lee clearly exists, you know, above and apart from the reality of all the films. So the notion that he could be sitting there on a cosmic pit stop during the jump gate sequence in Guardians was something very fun …”

Not that Stan Lee needed that boost to his legacy. But he always appealed to the youth in us, the hopeful side, while at the same time showing us that life was meant to be lived. Lee once said:

“Whatever you do, you should do what you most want to do, and what you’re best at. Too many people don’t really do what their heart’s desire is, but they try to do something else because they think it’ll be easier to get a job and make money. But then they think they’re working. But if you do what you really want to do, you feel like you’re playing. And that makes it easier to do.”

Wise words from a legend. RIP STAN LEE. and EXCELSIOR.

By Danny F. Santos (doddleNEWS) There’s been a lot of Marvel news going around this week! The studio is riding high with Black Panther which looks like it struck a chord with audiences and is […]