Marvel Studios has its hands full with win after win at the box office. Currently, Guardians of the Galaxy has been number one at the box office more times than any other Marvel film to date, but that doesn’t mean we’ve forgotten how they got here.

The Marvel Cinematic Universe’s humble origins started with Iron Man back in 2008, which ended up being a smash hit in theaters. Ever since then, each consecutive film has done better than the last with Iron Man 3 hitting $1.2 billion dollars. But with that film in the can, Robert Downey Jr. had fulfilled his contract to don the suit and fight crime.

That of course doesn’t stop the rumor mill from hearing wisps of news regarding an Iron Man 4 film. When asked about it at the Toronto International Film Festival premiere of The Judge, Variety reported that there was no fourth film being developed stating:

There isn’t one in the pipe. No, there’s no plan for a fourth ‘Iron Man.’ 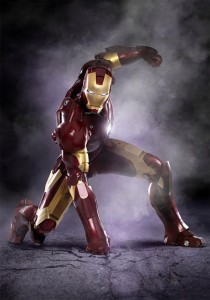 While that’s not the answer many people were hoping for, it doesn’t preclude the possibility of a fourth film. Considering the monster business an Iron Man movie does, you can bet Marvel will make an Iron Man 4 sooner or later, but whether Downey Jr. will extend his current Avengers 2 and 3 contract, or if he’ll be recast is another question altogether. One that RDJ was also asked:

I like that the idea is that it would be up to me, like I’m casting director for Marvel.

Even though there’s no word on Iron Man 4, we will see Downey Jr. back in action for The Avengers: Age of Ultron. He has his lucrative contract for Avengers 2 (2015) and Avengers 3 (2018), so if Marvel continues to release the team-up films three years apart, he’ll be back for one last ride in the suit in 2018, unless they strike a bargain to make the fourth film between now and then.

It should also be noted that Marvel Studios exec Kevin Feige has responded to fans’ requests for Black Panther and Captain Marvel movies, so it’s probably a safe bet we’ll see those first.

I do have to ask whether we need another Iron Man. With Guardians of the Galaxy doing great in theaters, and we know that Ant-Man and Doctor Strange are on the way — not to mention the above-rumored Captain Marvel and Black Panther films — is there even room for the original Avengers? I’m not even taking into account the additions of Quicksilver, The Vision, and Scarlet Witch to the team.

Marvel seems quite content with releasing new characters in theaters and they’ve proved with Guardians that they don’t need to be household names. Maybe after Avengers 3, it’s time to let Iron Man rest for a while before either bringing RDJ back, or recasting Stark, and giving the new characters room to breathe.