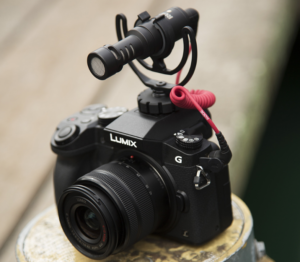 If you haven’t submitted your short film for the annual My RØDE Reel competition, now is the time to get your entry in. RØDE is giving away a popular vlogging microphone for every entry into specific categories.

As reported last April, this year’s My RØDE Reel competition is offering over $1 million in cash and prizes, which include some great film gear. But that doesn’t seem to be enough for the mic maker, in addition to offering a free deadbeat windshield with every VideoMic Pro or Pro+ purchased and used for the competition, RØDE is now offering a free RØDE VideoMicro compact microphone for any entry into the VR, Vlog, Cameraphone or Pitch categories.

With a size that is just 3″ long and weighing in at only 1.5 oz, the VideoMicro is an ideal microphone for doing vlogging or travel videos because it’s extremely compact, but still offers that directional audio capability without having a long or cumbersome shotgun mic sitting on top. And with RØDE’s SL7 cable, it also supports smartphones for those using mobile camera rigs to shoot with.

In order to qualify for the VideoMicro giveaway, entrants must submit their short film by May 31st (the official contest deadline is the end of July) and your short film, plus your behind the scenes short featuring the RØDE mic used in production, must be entered into  the four stated categories:

In addition, the film must also meet all other My RØDE Reel eligibility requirements listed in the link above. RØDE also states that should the entry be initially rejected by the competition, filmmakers may resubmit the film within 48 hours.

The last proviso is that RØDE is limiting the giveaway to 500 entrants per category, with a maximum of 2,000 total. That shouldn’t be a problem since the total number of entries last year was around 1500, from over 80 different countries. So it sounds like RØDE not only wants to top that figure, but also to more than double it with this VideoMicro giveaway.

RØDE is also offering filmmakers inspiration thanks to the winner of the My RØDE Reel Screenplay contest held earlier this year. The winner was Main Course Films’ Clara Chong and Ben Allan, and their script BUGGED was chosen to be produced in house by the RØDE production crew and in a twist, will also be entered into the competition. The idea here is to show budding filmmakers not only what they can do to enter the competition, but what it takes to create an award winning entry. Check out BUGGED below:

RØDE has created a TIPs page, with interviews of the makers of BUGGED, plus behind the scenes featurettes to give entrants, some inspiration and advice on how to get their films ready for submission. Those featurettes can be found here.

Don’t forget though, to qualify for the VideoMicro giveaway, you must have your short film and BTS video submitted by the end of May. And if you do, drop me a line at james@doddleme.com with a link to your video so we can promote it on the socials!

By James DeRuvo (doddleNEWS) As a one-man or one-woman crew, you may be called upon to create voiceovers, or simple wish to lay down some music tracks for your project in your home recording studio. […]

By James DeRuvo (doddleNEWS) The largest short film contest on the planet has just gotten larger, as the 2018 My RØDE Reel Short film competition has returned with over a Million Dollars in prizes!  And […]