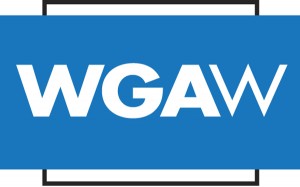 It’s not easy to get into the screenwriting business and it’s even harder to stay in. You can’t walk through Hollywood without bumping into someone that has a script to sell or wants to rip off your script and sell it for their own.There are people that tell you one thing and do another, promise to pay and don’t, or want to pay you such a small amount that it’s insulting. Luckily, there is a place out there that has the screenwriter’s back, the Writers Guild of America. It’s separated into west coast and east coast, but they offer many of the same services.

Sadly, being a budding screenwriter doesn’t automatically sign you up. It’s a guild just like the Pipefitters Local and the Teamsters. They don’t just let anyone in, applicants have to be qualified, and the WGA is no different. The guild works on a unit system. Each qualifying act with an organization that prescribes to the guild’s collective bargaining agreement earns you a set amount of credits.

If you want a current membership, you have to acquired 24 units within three years and then pay a $2,500 initiation fee.  For those that don’t make the 24, you can have an associate membership for $100 per year. Units are doled out based on what you have done in the business. So, coming up with a story for a short or television program that isn’t primetime gets your four units. A story for a 90 minute television program or feature length film gets you 12 unites. The Holy Grail is a screenplay for a full-length motion picture, which gets you 24 credits.

So, what exactly does being a member of the WGA actually get you. The Writer’s Guild of America has a set of rules that people who use their screenwriters have to follow. These rules stipulate everything from upfront payments, royalties, ownership and much more. Writers have access to healthcare and other forms of insurance that isn’t available to most freelancers without a much higher cost.

Their primary goal is to help represent their members in negotiations with film and television producers and they are also the ones that determine the proper writer credits.  They provide seminars and other training and make sure the screenwriter’s voice is heard in the hallowed halls of Washington as well as other countries.

Another very popular perk is the ability to register your screenplay with them. A screenplay is your baby and you’ve spent months nurturing it into some semblance of adulthood and now you’re ready to send it off into the world. The registry helps make sure no one steals your baby or tries to argue about paternity. You don’t have to be a member to take advantage of the registry service either.

One question you might be asking is what about the independent producer? Just because you’ve hit the big time doesn’t mean you want to leave out the little guy. The guild recognizes that low budget films are important to the industry and allows them to waive fees and other items if the writer also agrees.

It’s pretty much standard to be part of the guild once you become established, but it’s not easy. Once you’re in, you get access to many services that can help keep you in the business. You’re also expected to back the guild on any decisions and that may mean walking out on your job if there is a writer’s strike.

By Brock Cooper (doddleNews) So, you’ve talked to the producer and he loves your pitch. You’re floating on clouds, and he turns to you and asks for your script treatment. Umm…what? A treatment is a […]

By Brock Cooper (doddleNEWS) Depending on who you ask, a screenplay can have anywhere from two to five plot points. You’d think such an easy concept would allow for a definitive number, but some consider […]

Screenwriting 101: Getting Your Script Out There – The Agent

The dream of every writer is to have someone in the industry representing them and getting their product to the right people. An agent is someone that knows people in the film industry and works […]