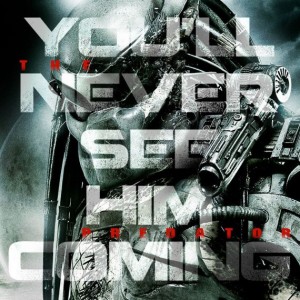 Well there goes that.

When the poster and title reveal for Shane Black’s The Predator came out, I praised both of them for not messing with the original. Perhaps I was a bit too enthusiastic because, according to Black, the alien’s appearance will be different than what we’ve become accustomed to.

At a press event for his upcoming film The Nice Guys, Black told ComingSoon that the Predator’s costume will have some changes from the original Stan Winston design. Here’s what he told the outlet:

“It’s not to ‘improve,’ it’s make it fun, make it different, make it organically different. So what’s the extension of it that makes sense, that’s exciting? There have been a lot of changes to Stan’s design over the years. These different Predator movies have done different things. Ultimately it’s not about design to me, it’s about the story you want to tell. There are people who are always going to agonize over Iron Man, what color his suit is.

“Maybe this weapon does a new thing, but if the story is not good I don’t give a s–t what color the suit is. In The Predator, we’re doing a lot of upgrades to what you would consider to be the traditional Predator technology and look, but hopefully the story is what’s going to drag people in, not just the attention to the minutiae.”

I’ll be honest, I’m not sure what making it “organically different” means in this context. From the sound of it, I don’t think that Black is making huge changes to the costume, but refining the design a bit. If I were the one charged with updating the costume, my only real change would be to the helmet, and perhaps making the creature a tad slimmer and taller.

Predator could use a bit more sleekness, but other than those minor surface differences, the costume is near-perfect — so please, Mr. Black, don’t do anything drastic.

Black is right in that if the story is awful, no one will care how accurate the costume is. We have two Alien vs. Predator films to prove that point, so it’s not lost on me. However, the look of the Predator is pretty intrinsic to the entire franchise and making drastic changes will detract from the film — no matter how good the plot is.

The director also revealed to JoBlo at the same press junket when the new film is likely to start shooting. According to Black, he expects to go behind the camera for a September or October for a March 2, 2018 release.