Thanks to automation and the evolution of the desktop computer, Visual Effects stands on a fluid foundation since the crisis of just a few years ago. You wouldn’t think so because of multi million dollar budgets and that just about everything has visual effects in it now, but being so competitive, so cut throat, in visual effects, every dollar counts. Now Curó is a budget program that’s designed to manage your visual effects and keep your company in the black. 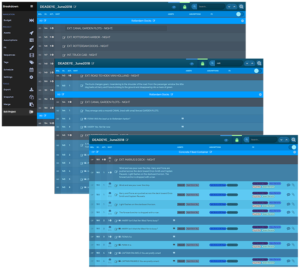 Developed by visual effects producer Joyce Cox, Curó addresses the need for a unified system for the financial planning and management of visual effects. Teaming up with UST Global Media Services, Cox began development of Curó as an alternative to the arcane system of using spreadsheets to manage bloated and over budget visual effects projects.

Curó offers a simplified, web-based interface which gives users the ability to breakdown, manage and organize a visual effects budget directly from the script, itself.

“From the beginning, CURÓ clearly establishes each shot’s connection to the script, and provides automation of key tasks for greater organization and time savings,” writes Cox. “Users can easily insert and track relevant incentives and fringes, see a dynamic overview as well as breakdowns by shot list budget, asset budget, FX budget, and so on. The web-based interface ensures that your budget is secure, always up to date and accessible even if you’re on the road.”

Based on machine learning, Curó is designed to be able to breakdown a script automatically, determine required visual effects, and attached needed assets. The budget us then generated according to how complex the production team wants the budget report to be. Once done, a budget can be made that is more accurate than any before it, with reports according to scene, sequence, and overall project. Curó can even factor in relevant tax incentives achieved by basing your post production house in a state or country with favorable tax schemes. 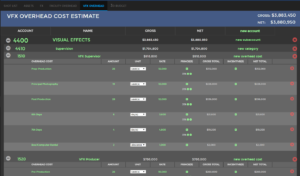 With it’s web based interface, Curó can work with multiple locations and teams, and be set up quickly and accurately, to manage the evolving needs of a film’s visual effects budget. It also looks for common bottlenecks that can cause overruns and offer solutions to avoid them.

There are also plans to expand Curó into an online bid submission interface, where visual effects companies can work  up their FX budget and then bid directly for a project within the Curó interface.

If you’re headed to SIGGRAPH 2018, and want to see Curó in action, it will be showcased at Booth 1033.  Or, you can check it out at CuroVFX,com.

By James DeRuvo (doddleNEWS) Who would have thought that the fuzzy, grainy like texture of VHS would get people feeling so nostalgic that they’d want to make a film in it?  Thankfully, with Universe 2.2, […]

By Larry Jordan You may have heard of the new support for external Graphics Processing Units (eGPUs) in the 10.13.4 update to the High Sierra version of macOS. What these promise to do is provide […]