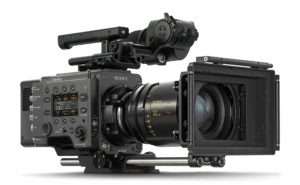 Sony is giving filmmakers who have ordered their new CineAlta VENICE 6K Cinema Camera an early Christmas present … the news that thanks to extensive conversations and suggestions in early beta testing, full frame image capture will be activated and available from day one.

“Sony’s development of the VENICE motion picture camera platform represents our commitment to the film industry in furthering image capture in the key areas of dynamic range, colour rendition and large format aspect ratio freedom. VENICE demonstrates our commitment to developing tools that support Directors and Cinematographers in bringing their vision to the screen”, said Claus Pfeifer, Head of Technical Sales, Broadcast & Cinematography, Sony Professional Solutions Europe. “This announcement reflects our strong relationship with filmmakers around the world and enables them to create Emotion in Every Frame.”

The VENICE was originally planned to ship with Super35 as it’s main mode limited to only shooting 4K. But this left about 30-40% of the VENICE 36x24mm Full-Frame Sensor unused. Sony had always planned to gradually activate the entire real estate of the sensor with 6K in both 2.39:1 and 2x squeeze Anamorphic 17:9 and 16:9 modes as part of a scheduled series firmware updates culminating in full frame image capture by August of next year.

Maybe it was the result of development that was well ahead of schedule, combined with filmmaker feedback as Sony stated that prompted the early release of Full Frame capability motivated Sony to act, or maybe it was the fact that in the past, impatient filmmakers have risked their warranties to hack their cameras to make the wider spectrums available. That’s the rebel in me, I admit, but in today’s hacker obsessed culture, that is nearly always a possibility.

Meanwhile, there are other features scheduled in the pipeline:

Version 2.0 Firmware – Upgrade is free of charge and available in August 2018.

Version 3.0 Firmware – Upgrade is free of charge and available in early 2019.

The CineAlta VENICE sells for $42,000 body only. For more information about the VENICE platform visit www.sony.net/pro/VENICE.

It always seems that Sony’s camera sensors can do far more than their feature set lists, and usually in a few months to a year, there’s an optional license which unlocks the really killer features. […]

By James DeRuvo (doddleNEWS) With CFast 2.0 becoming the primary recording medium for a vast array of cinema cameras, and 8k ultra high definition standards following fast and furious, the need for a faster read/write […]