When we first wrote about the release of the Sony’s α7III, we said it was anything but the entry level 4K camera that Sony made it out to be. Well, that’s still true, however, the “but” turns out to be that Sony didn’t ship it with a battery charger, causing shooters to have to lay out nearly $100 for one.

I just picked up the new Sony a7 III mirrorless full frame camera and to my surprise, it doesn’t come with a charger. What? Yep. No dedicated charger. Maybe this is what Sony means by the a7 III is the “entry-level” full frame model. – Erik Naso, Newsshooter 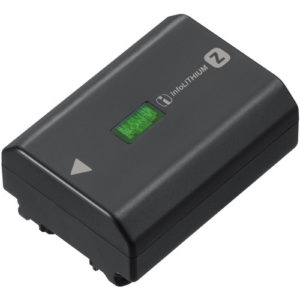 According to Eric Naso over at Newsshooter, Sony wanted to keep the price of their new a7 III mirrorless full frame camera under $2,000, so they opted for a USB cable and a smartphone style AC adapter instead. This was also true with the previous a7 II mirrorless camera as well, and thanks to Sony’s improved battery technology, the NP-FZ100 2280 mAh battery lasts a lot longer than the previous generation of NP model power cells.

I guess it makes sense, if the goal is to market this camera towards the entry level DSLR category, and wanting to keep the price down, but for many professionals who enjoy shooting with a mirrorless camera for its compact footprint, it’s totally unacceptable. But I guess that Sony figures that any intermediate or advanced shooter is  already going to think ahead and pick up multiple OEM NP-FZ100 batteries at $78 a piece, and that they’ll pick up the Sony BC-QZ1 Battery charger while they’re at it for another $88.

So while, technically, the a7 III is just under $2,000 for the body, you’re going to end up laying out another $200 at least to keep it charged while out in the field. There are third party options that could save the shooter a few bucks, but as Naso is quick to point out, the Sony OEM NP batteries will outlast cheaper, aftermarket batteries by a significant amount. ” My own experience has been that the OEM’s is hands down the most reliable, have a longer life span, outlasting the cheaper varieties,” Naso writes. “However, I fully understand the practice of saving a buck when you can.”

The real issue is that Sony’s USB AC adapter takes up to four hours to charge through the camera with this configuration. Who wants to wait up to 16 hours to charge up all their batteries, and to have their camera sitting idle? So, the real question is, should you cut a few corners and buy a third party battery charger? Well, I think this is really the question, and I don’t see why not. I bought a few after market batteries for my Canon 5D Mk. II, and while the battery life of the power cells is about half that of the OEM Canon battery, they did come with the charger for no extra charge. So I could charge multiple cells all at once, when they were all depleted after a day out in the field. The sheer convenience of having an extra charger makes it a good investment. 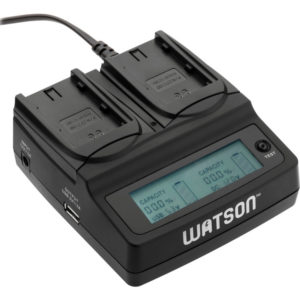 Naso recommends the Watson 12v Duo charger. It’s faster than USB, and you can charge two at a time.  An additional feature is that you can get different battery plates for about $2, which gives you the ability to swap out for different cameras and batteries for almost nothing. The Watson also charges OEM batteries and it takes only about 2.5 hours to do.  The price isn’t much less than Sony’s OEM model, but considering you can charge twice as many batteries at a time, it’s well worth the investment.

At the end of the day, I just wish camera companies would give us everything we need and let us decide if we want to pay the price for it. I get that they want to keep their offerings under a set price point, but if we have to turn around and pay extra for much needed accessories, it’s not really saving us anything. It’s just annoying.

By James DeRuvo (doddleNEWS) One of the easiest ways to create content, is to create a daily video blog, or VLOG. Vlogging has given many a content creator a career, including heavy hitters like Casey […]

UPDATE: The Nikon Z6 now has a shipping date – November 18th. As Nikon announced their much ballyhooed Z6 and Z7 full frame mirrorless cameras, it quickly became apparent that the rumor mill was pretty […]