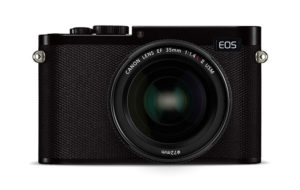 By the summer of 2019, Canon Rumors is reporting that Canon will release two full frame mirrorless contenders with the flagship model of the line (currently dubbed the EOS M1) deploying a 30.4 mp image sensor that could be based on the same sensor used in the Canon 5D Mk. IV. The second, and lesser model, will be in the mid range prosumer category, and will sport a 24mp sensor that may be a modified version of the one used in the EOS 6D Mk.II.

Both cameras will shoot 4K, with the higher end model having advanced video features aimed squarely at content creators who make a living with the moving image. As for lens mounts, I’m still of the mind that since the sensors are full frame, that we’ll be getting a standard EF mount, but a so-called “trusted court” says that the mount will have a “sexy solution.” I’m not sure what that means except it would have to be an adapter included so that standard Canon users will be able to use their DSLR lenses. 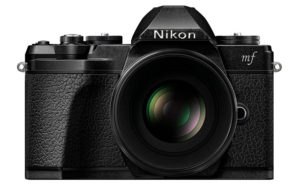 The only other tidbit is that the mirrorless cameras may offer an accessory removable electronic viewfinder, which would mount to the top of the camera.

Meanwhile, Nikon is developing a pair of mirrorless cameras as well, with one offering a 45mp or better image sensor, and another with a mid-range 24mp imager.

The design will have a similar body size as the Sony a7. That will make it about 2/3s the size of the Nikon D850, and will offer five axis in body image stabilization, a new mirrorless Z-mount lens and will support both CF Express, and XQD media cards.

Both will record in 4K, have a 3.6 million dot OLED electronic viewfinder, and is designed to be very comfortable in hand with improved ergonomic design as its chief feature. “The camera was designed with ergonomics in mind,” writes Nikon Rumors, “Nikon is currently developing a large number of new mirrorless lenses and this is a top priority.”

Nikon is expected to announce later this month, and ship in late August. But I’ll believe it when I see it. We’ll know more when Photokina starts.

Canon to Sell APS-H Sensor, Could Custom Cameras Be in Our Future?

By James DeRuvo (doddleNEWS) Remember the story did about Canon developing a massive 12-MP APS-H sensor and what camera they could be designed for? Well, it turns out that the new sensor could be for […]

Blackmagic Design Teams Up with USC for Broadcast Partnership

Blackmagic Design is forming a strategic partnership with the USC School of Cinematic Arts to provide hardware and software to the film school over the next three years. How does that affect the 2017 Trojan […]