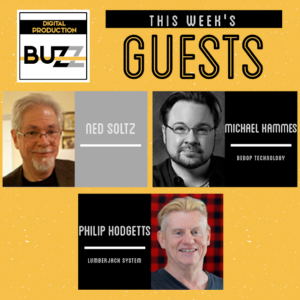 On this episode of The Buzz we are talking about intriguing ideas that caught our attention – from new camera technology to new ways of working in The Cloud to whether spending more money for a commercial creates a “better” commercial.

by Larry Jordan This week, we split our focus between new technology and the age-old craft of storytelling. We start with news from IBC and a report on a live multicam stream from boats sailing […]

by Larry Jordan In this episode of the Buzz Podcast, we look at the challenges facing young people just entering the media industry. What first got them interested in media and what excites them about […]