Apple released new hardware last week, so this week, we take a look at their new gear. Plus, we look at new, emerging media technologies you also need to know about. 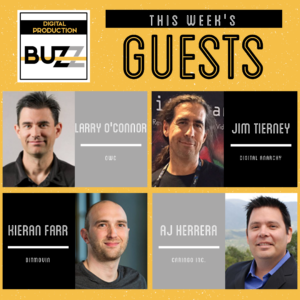 Larry Jordan – Looking back at NAB …

by Larry Jordan NAB is an exhausting show. But it is also exciting, overwhelming, and tantalizing. It is a great place to get a status check on our industry and a sense of where we […]

By James DeRuvo (doddleNEWS) Boyhood may be up for an Academy Award, but Chris Strompolos and his partner Eric Zala have literally grown up while making a shot for shot remake of Raiders of the […]

Commentary – Thoughts on Ethics and Technology

by Larry Jordan I’ve been thinking about ethics and technology recently. Michael Hiltzik ran a column in today’s Los Angeles Times (5/12/2019) about Tristan Harris, former Google exec and founder of the Center for Humane Technology, […]